As home prices improve and headlines spell out recovery, those on the ground in housing markets across the country are encountering a new threat: ""zombies.""

These so-called ""zombie"" foreclosures take place when a bank initiates foreclosure on a property but then abandons the process, leaving the property in a sort-of no-man's land--vacant but not for sale.

According to ""RealtyTrac,"":http://www.realtytrac.com/ there are about 167,000 properties nationwide that fall into this category. In addition, the company says there are hundreds of thousands of unlisted REOs and even more properties winding through lengthy judicial foreclosure procedures.

""Unlisted foreclosures and bank walkaways used to be extremely rare, but they have mushroomed recently, ballooning into a large number of homes stuck in foreclosure limbo, sometimes for years,"" RealtyTrac stated in its most recent issue of ""_Foreclosure Report News._"":http://www.foreclosurenewsreport.com/pdfviewer.aspx?userid=12482991&reportid=37

Bank of America has 23,966 foreclosure ""zombies,"" the most held by any bank, according to RealtyTrac.

Wells Fargo is not far behind with 22,968, and JPMorgan Chase holds the third-highest inventory of foreclosure ""zombies""-16,054 by RealtyTrac's count.

With 55,503, Florida is home to the highest number of unoccupied ""zombie"" properties.

In total, RealtyTrac estimates there are about 1 million vacant homes that need to be sold but are currently out of reach for most real estate agents.

Meanwhile, real estate markets across the country are dealing with inventory shortages.

The shortages, combined with high investor activity, have caused price surges in several markets. In fact, some real estate professionals worry that investors have crowded out traditional buyers and artificially inflated property values in some areas.

""It's not rocket science to predict what will happen next,"" said Steve Hawks of Platinum Real Estate Professionals in Henderson, Nevada.

He says Las Vegas ""will see another 20 percent appreciation in prices over the next nine months. Vacant homes and delinquent loans will be converted to available inventory in the second half of 2014. And the second bubble pop in less than a decade will begin.""

A full 8 percent of single-family homes in the Las Vegas metro-about 40,000 properties-are vacant, according to data from the Lied Institute at the University of Las Vegas.

RealtyTrac says agents hoping to survive in today's zombie-land must form relationships with banks, private lenders, the GSEs, and distressed borrowers to dig into the shadow inventory and zombie population in order to bring markets back to life. 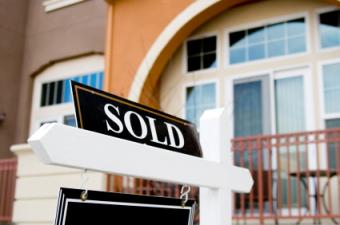 RE/MAX has released its National Housing Report for September 2021, which found that 2021 is starting to resemble a ...