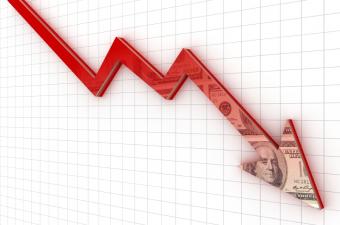 The analysts at ""Moody's Investors Service"":http://www.moodys.com are downbeat in their outlook for both the U.S. economy and the housing market. In the agency's _ResiLandscape_ report issued last week, they warn that there's a stronger chance the country will slide back into a recession, and they are forecasting a ""longer and deeper housing correction.""
[IMAGE] Mark Zandi, chief economist for Moody's Analytics, said in the report, ""We have lowered the near-term economic outlook and raised the risk of a double-dip recession from one in four to one in three.""

He says the U.S. recovery has lost significant momentum since the spring. Retailing, housing, business investment, and industrial activity have all weakened, and the job market is no longer improving. After ticking higher to 9.6 percent in August, Zandi is expecting the nation's unemployment rate to drift back into double digits in the coming months.

""The recovery is sputtering,"" according to Zandi, and the odds of a double-dip recession during the coming year have risen ""uncomfortably high.""

On the housing side, Celia Chen, senior director for Moody's Analytics says the market's nascent recovery is already back-sliding into a double-dip.

""We have downgraded the near-term housing outlook based on the lingering weakness in the demand for homes, the expectation that job creation will remain soft this year, and the slow speed at which the mortgage industry is working through distressed mortgages,"" Chen said in the report.

Chen expects house prices to fall until the third quarter of next year, significantly longer than Moody's previous projections of a first-quarter 2011 bottom in home prices.

According to Chen, the change to a longer correction is primarily fueled by the slow disposition of repossessed homes. She says the flood of 4 million homes either in late-stage delinquency or foreclosure is clogging the foreclosure pipeline from the servicers to the courtrooms, creating delays.

Distortions due to the homebuyer tax credits offered last year and this year are also partially to blame for the expected double-dip, Chen says.

Housing's double-dip correction will hamper the broader economy's already slow pace upward, but it will not drag the economy back into recession, according to the report. Moody's says the nearly five-year correction has sharply diminished housing's contribution to national output and job growth.

The upside of this trend is that the economy is less reliant on housing activity and thus housing's double-dip will have less of a drag on the economy, the analysts explained. The double-dip housing correction, however, does raise the downside risks for the economy, they say.

There was one positive note in Moody's report. The agency says the Federal Reserve's directive aimed at protecting mortgage borrowers from aggressive lending practices, which was ""issued last month"":http://dsnews.comarticles/fed-issues-new-mortgage-disclosure-and-compensation-rules-2010-08-16, will enhance transparency and alignment of interests between loan originators and borrowers and will likely lower rates and fees for borrowers.

These changes, which become effective April 1, 2011, will translate into lower defaults on mortgage loans in the future, Moody's said. The directive puts restrictions on loan originators' compensation, prevents dual compensation to mortgage brokers and loan officers from consumers and lenders, and prohibits ""steering,"" the practice by which loan originators direct borrowers to less-than-optimal mortgage products in return for higher compensation.