Florida has one of the longest foreclosure timelines in the country, and some state lawmakers hope to shorten that timeline by removing the courts from the process.

Florida is one of more than 20 judicial states - states that require foreclosures to funnel through the courts before becoming official.

The ""Florida Bankers Association"":http://www.floridabankers.com/ has supported the idea of removing the courts for the last several years, but the idea was not embraced by lawmakers when the proposed it in 2010.

Now lawmakers have taken an interest. Governor Rick Scott told the ""_Sun Sentinel_"":http://www.sun-sentinel.com/fl-lawmakers-consider-foreclosure-changes-20110921,0,5991530.story he is interested in learning more about the prospect.

""Well, I want to make sure that we have an efficient process, so we don't create a reason for banks or whoever lends money not to lend money in Florida,"" Scott told the _Sun Sentinel._ ""When you talk to people that are in the system now they say it's 600 days to get through foreclosure. All that does is create another incentive for people to not lend money when we want people to lend money to our state.""

Anthony DiMarco, EVP of government relations for the Florida Bankers Association told the ""_Miami Herald_"":http://www.miamiherald.com/2011/09/21/2417050/rick-scott-gop-to-consider-taking.html Florda's housing crisis is the result of a long line of homes waiting stagnant in the foreclosure process.

""If you can move more quickly, properties can get back on the market, and it will stimulate the economy,"" DiMarco told the _Miami Herald_. ""You won't have blight. Property taxes will get paid. Condo fees and homeowners association fees will be paid. People will buy paint and furniture.""

However, Rep. Darren Soto (D-Florida) spoke out in opposition to the idea of making Florida a non-judicial state. He told the _Miami Herald,_ ""I don't think we need to be replacing people's rights with expediency, particularly when we're talking about property rights.""

Previous: Inspector General: FHFA Examination Process Not Up to Par
Next: Fed Uncovers Sharp Drop in Lending in Foreclosure-Ridden Areas 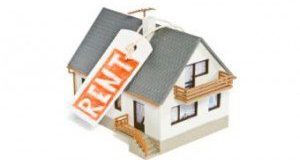 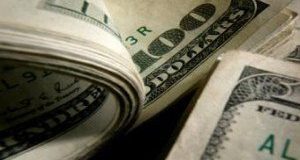 This marked the first time since mid-April that the total number of forbearance plans were below the 3 million level. Here's what factors are in play.