The nation's largest bank has halted foreclosures in certain states after evidence was disclosed that it too had ill-famed ""robo-signers"" rubber-stamping approvals of foreclosure cases without verifying their validity.

""Bank of America"":http://www.bankofamerica.com has placed foreclosure actions in 23 judicial states on hold while it determines if the paperwork was processed correctly and affidavits by staff members were indeed legitimate. The company has not yet disclosed how many foreclosure cases the suspension affects.

BofA is the third major mortgage lender in two weeks to call for a freeze on foreclosures out of concern that faulty documentation could give borrowers grounds to overturn court-ordered evictions.

""GMAC Mortgage"":http://dsnews.comarticles/analysts-weigh-in-on-gmacs-foreclosure-snafu-2010-09-28 set off whatÃ¢â‚¬â„¢s turning into a domino effect when it admitted on September 20th that a Ã¢â‚¬Å“glitch in its internal proceduresÃ¢â‚¬Â led it to halt evictions, cash-for-key transactions, lockouts, and even suspend sales of REO properties in the same 23 judicial states. ""JPMorgan Chase"":http://dsnews.comarticles/jpmorgan-halts-foreclosures-robo-signers-appear-commonplace-2010-09-30 soon followed suit.

BofA was one of seven financial institutions ordered by regulators at the Office of the Comptroller of the Currency to ""reassess their foreclosure processes"":http://dsnews.comarticles/index/occ-orders-largest-servicers-to-review-foreclosure-processes-2010-10-01 in light of the paperwork snafus beginning to surface.

But according to an ""_Associated Press_ report"":http://www.google.com/hostednews/ap/article/ALeqM5jKkgz2hAAZZAeRlJNBmM31MPUnhgD9IJ48V80?docId=D9IJ48V80, evidence that BofA employees were signing off on foreclosures without following the rules was discovered back in February.

One of the companyÃ¢â‚¬â„¢s executives testified at a Massachusetts bankruptcy hearing nine months ago that she signed off on 7,000 to 8,000 foreclosure documents a month without even reading them, _AP_ said.

As ""DSNews.com previously reported"":http://dsnews.comarticles/jpmorgan-halts-foreclosures-robo-signers-appear-commonplace-2010-09-30, these robo-signers may be commonplace fixtures in a growing number of servicing shops struggling to keep up with large numbers of foreclosure cases.

But while they may have served to speed up the processing of the foreclosure backlog in recent months, they are now the culprits of what is expected to be lengthy and strenuous delays in some states and what could turn into a deluge of costly legal court battles. 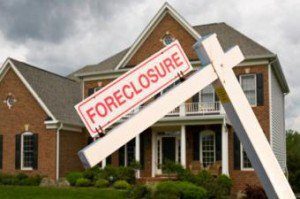