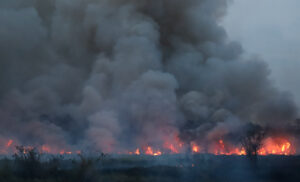 “One of the main questions I get from buyers is, 'Where can I move that’s close to the beach but not in a flood zone?’ The answer is nowhere. If you’re not in a flood zone this year, you may be in a couple of years from now,” said Isabel Arias-Squires, a Redfin Real Estate Agent in Fort Myers, which was among the areas hardest hit by Hurricane Ian. “This is Florida—hurricanes and flooding come with the territory. Homebuyers should always purchase flood insurance and invest in impact windows if they can.” 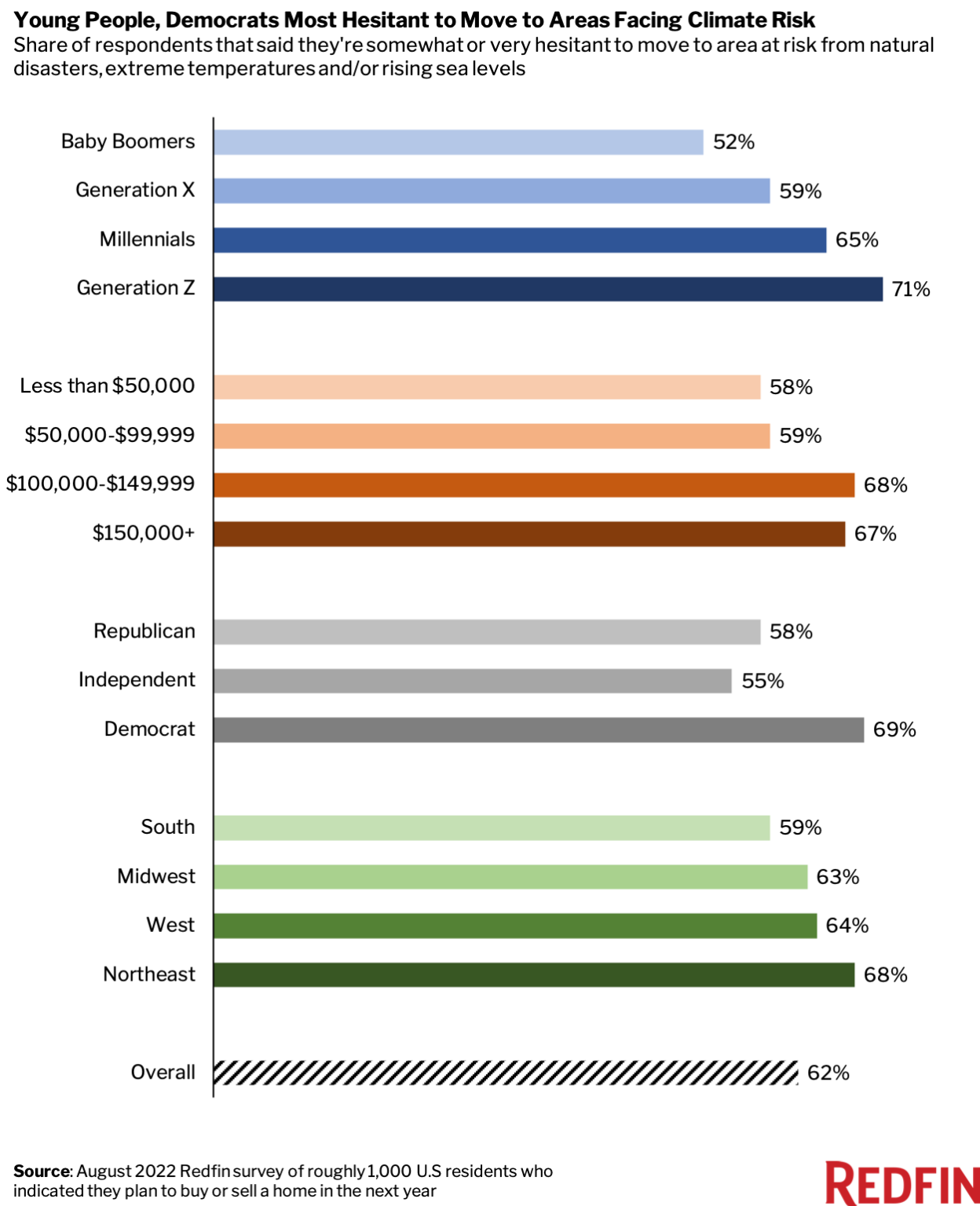 While a majority of respondents were hesitant when asked about to risky areas, these areas have seen more people move in than out in recent years. That’s partly because they often offer relatively affordable homes and/or access to warm weather and the outdoors. Cape Coral, North Port and Tampa—three Florida metros impacted by last week’s Hurricane Ian—consistently rank on Redfin’s list of top migration destinations.

“Demand for rentals is surging because so many people were displaced by the storm and need a place to live. There’s one home in Cape Coral that’s asking $7,500 a month, which is almost unheard of,” Arias-Squires said. “My out-of-state buyer plans to rent their new home out for six months and then make it their second home. They’ve still never seen it in person.”

And that demand may drive even deeper, as a new CoreLogic study has updated original estimates reported after Hurricane Ian made landfall. Now, total flood and wind losses from Ian are estimated to between $41 billion and $70 billion (this estimate includes wind loss, re-evaluated insured and uninsured storm surge loss and newly calculated inland flood loss for residential and commercial properties).

“The harsh reality is that most areas face at least some climate risk,” said Redfin Chief Economist Daryl Fairweather. “House hunters should do their research to get a sense of where their families and finances will be safest. That might mean avoiding cities that in a decade could be underwater or have no water at all.” 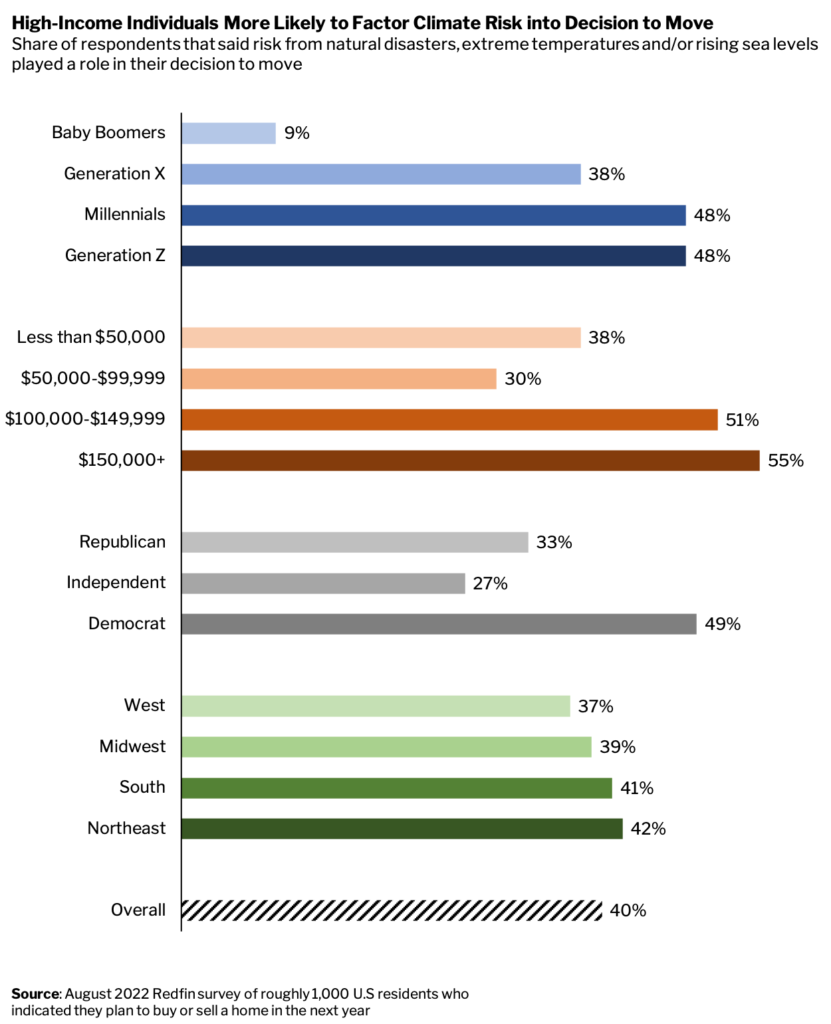 “Affluent Americans have the means to move away from areas endangered by climate change, while lower-income Americans often can’t afford to make that a priority,” Fairweather said. “The recent surge in housing prices has exacerbated the problem; more house hunters are being forced to prioritize affordability over safety. The good news is people are becoming more educated about climate risks and what they can do to make their existing homes more resilient if relocating isn’t an option. Of course, that comes with costs as well.”

Two-thirds (66%) of respondents who plan to buy or sell a home in the next year said climate change has impacted their home search in at least one way. The most common explanations were that climate change caused respondents to limit their search to homes that include certain features (17%) and that it impacted their homebuying budget (17%). Meanwhile, 15% of buyers and sellers said climate change caused them to search in a different part of their area. The same share said it changed their search timeline.