The state of the mortgage servicing industry took center stage at the Mortgage Bankers Association's annual conference in Chicago on Monday, with industry experts making a case for reform.

""The mortgage servicing business in five years will look nothing like it did in 2007 to 2011,"" Peter Swire, senior fellow with the Center for American Progress, told attendees at a session on the future of mortgage servicing.

Swire, who moderated the discussion, and other speakers, said the future of mortgage servicing will largely be determined by many of the regulations currently being considered as part of the Dodd-Frank law.

One of the major issues leading to regulators taking a hard look at servicing practices is pressure from consumers, according to Swire.

""Borrowers think it is about them. But servicing is about the relationship between the investor and the guarantor of the mortgage. The borrower has nothing to do with it. They are a third party,"" according to Swire.

Janneke Ratcliffe, executive director for the Center for Community Capital at the University of North Carolina, said servicers should seek to do more to avoid foreclosure. Loan modifications, short sales and other solutions other than foreclosure are often delayed due to missing paperwork. Rather than waiting for the paperwork issue to be resolved, too often an aggressive servicer starts the foreclosure process.

""There is a lot of evidence that there is room for improvement,"" Ratcliffe said, pointing to the 10 million mortgages that are still underwater and calling for servicers to avoid unnecessary foreclosures. ""Servicing really matters. It affects a lot of the outcomes. It affects the likelihood of whether someone stays in a home or has a foreclosure. It affects the loan modification rate and the redefault rate.""

One of the major problems with servicing as it stands today is that there are different rules in each of the 50 states regarding a servicer's rights in the event of a delinquency, said Vicki Vadal, MBA's associate vice president of loan administration.

Compounding the problem is that there are differences in how laws are applied not only within each state, but also within each jurisdiction due to the interpretation of the laws by different judges, Vadal explained. She says national standards would help eliminate many of these differences.

Mark Hanson, VP of mortgage funding for Freddie Mac, agreed that uniform standards would help the servicing industry, but added that any change in servicing rules has to be done in such a way that it doesn't disrupt the already weak housing market. Disclosures should be simplified, too, Hanson added.

The servicing industry needs to have better transparency, according to Laurie Goodman, senior managing director for Amherst Securities Group LP, New York. She said the industry should change to a fee for service model, because under the current model, some servicers make more from a lengthy foreclosure than from seeking a quick resolution to a delinquent loan.

Meg Burns, senior associate director for the Federal Housing Finance Agency, also called for improved transparency throughout the industry. She says ""it would help mitigate risk."" She also called for Fannie Mae and Freddie Mac to improve their processes for handling delinquent loans. 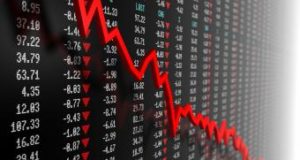