Barclays Expects ‘Triple-Dip’ With Another 7% Drop in Home Prices

The analysts at ""Barclays Capital"":http://www.barcap.com say a ""triple-dip"" in home prices will likely materialize by early next year.
[IMAGE] The term ""triple-dip"" emerged in a ""Clear Capital report"":http://dsnews.comarticles/clear-capital-home-prices-could-near-triple-dip-by-next-spring-2011-10-05 a couple of weeks ago, and Barclays says its analysis corroborates the idea.

The research firm warns that home prices will likely slip another 6 to 7 percent over the coming winter months. That would put median prices at a new low for this cycle, in fact about 3 percent below the double-dip measurement of last spring.

Following the probable Ã¢â‚¬Å“triple-dipÃ¢â‚¬Â in the first quarter of next year, Barclays says home prices will Ã¢â‚¬Å“rise very gradually.Ã¢â‚¬Â

Ã¢â‚¬Å“While the likelihood of a negative tail scenario in housing has increased, the probability of a 15-20 percent decline from current levels is still low, in our view,Ã¢â‚¬Â BarclaysÃ¢â‚¬â„¢ residential credit analysts said in their report.

Ã¢â‚¬Å“Long-run home price measures suggest that prices are close to equilibrium,Ã¢â‚¬Â they added.

Barclays notes that delays associated with foreclosures have, for the moment, prevented an overcorrection in home prices by limiting the amount of REO inventory on the market.

Still, REO inventory levels have remained elevated, and Barclays says close to 4 million homes are seriously delinquent or in foreclosure and will eventually need to be sold.

Ã¢â‚¬Å“We expect 90+ to foreclosure and foreclosure to REO roll rates to improve in the coming quarters. That said, the timelines of defaulting loans should continue to ramp up,Ã¢â‚¬Â Barclays said.

As foreclosure to REO roll rates improve, the number of distressed homes placed on the market will increase. Barclays says although REO supply and demand are currently evenly matched, the glut of foreclosed homes in the pipeline should eventually cause REO supply to far exceed REO demand.

This supply-demand imbalance could remain well into 2013 and 2014, according to the research firm.

Barclays says price gains will be constrained by the amount of REO supply that will be placed on the market in the next few years. At the same time demand for these homes will be Ã¢â‚¬Å“highly dependentÃ¢â‚¬Â on the state of the economy, the firm stressed. 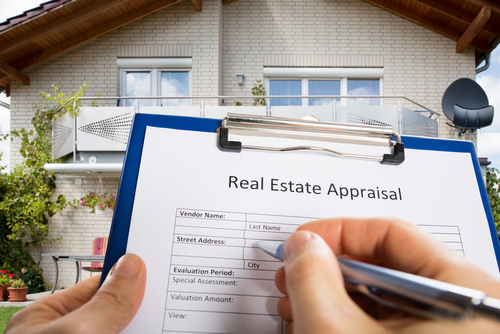