The ""New York state court system"":http://www.courts.state.ny.us has instituted a new filing requirement in residential foreclosure cases that officials say will ""protect the integrity of the foreclosure process and prevent wrongful foreclosures.""

Lenders' counsel are now required to ""file an affirmation"":http://www.courts.state.ny.us/attorneys/foreclosures/Affirmation-Foreclosure.pdf with the court certifying that they have reviewed and verified the accuracy of documents filed in support of residential foreclosure actions.

""Chief Judge Jonathan Lippman"":http://www.courts.state.ny.us/ctapps/chjjl.htm introduced the new filing requirement in response to recent disclosures by major mortgage lenders and servicers of potential errors in residential foreclosure filings with the courts, including widespread deficiencies in notarization and so-called ""robosigning"" of supporting documents.

GMAC Mortgage, Bank of America, and JPMorgan Chase all suspended foreclosures in certain states to review case files after news surfaced that proper procedures may not have been followed, as did PNC Financial and Litton Loan Servicing.

GMAC and BofA have since announced that they will begin resuming foreclosures after finding no evidence of improper actions.

The new requirement in New York, one of the judicial foreclosure states, is effective immediately and was created with the approval of the presiding justices of all four judicial departments.

Chief Judge Lippman said in a statement, ""We cannot allow the courts in New York State to stand by idly and be party to what we now know is a deeply flawed process, especially when that process involves basic human needs Ã¢â‚¬" such as a family home Ã¢â‚¬" during this period of economic crisis.""

Lippman added, ""This new filing requirement will play a vital role in ensuring that the documents judges rely on will be thoroughly examined, accurate, and error-free before any judge is asked to take the drastic step of foreclosure.""

Under the new requirement, plaintiff's counsel in foreclosure matters must submit the affirmation at one of several stages.

In new cases, the affirmation must accompany the Request for Judicial Intervention.

In pending cases, the affirmation must be submitted with either the proposed order of reference or the proposed judgment of foreclosure.

In cases where a foreclosure judgment has been entered but the property has not yet been sold at auction, the affirmation must be submitted to the court referee, and a copy filed with the court, five business days before the scheduled auction.

Attorneys are also obligated to file an amended version of the affidavit if new facts emerge after the initial filing. 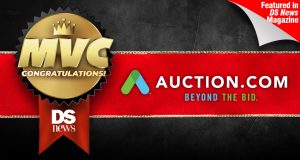 Navigating Foreclosures in the Face of a Pandemic