Sales of previously owned homes slipped 3 percent between August and September, according to data released by the ""National Association of Realtors"":http://www.realtor.org (NAR) Thursday. The trade group's latest reading follows a jump of nearly 19 percent between July and August.
[IMAGE]

The decline in existing-home sales was widely expected as sales activity follows the typical seasonal cycle and heads lower with the mercury in the thermometer. Earlier market indicators also pointed to a likely drop-off. Mortgage applications to buy homes dropped in both August and September, and NAR's pending home sales index registered a 1.2 percent decline in August.

Patrick Newport, U.S. economist with the research firm ""IHS Global Insight"":http://www.ihsglobalinsight.com, says a cleared backlog and a small surge in sales to investors were behind the August sales blip. He confesses that he was actually expecting a larger decline with September's numbers.

NAR stressed in its report that even with the month-over-month drop, existing-home sales are 11.3 percent above September 2010.

At last month's sales pace, existing-home sales would hit 4.91 million for the year, according to the Realtor group.

Lawrence Yun, NAR chief economist, said the market has been stable although at low levels, and there is plenty of room for improvement.

""Existing-home sales have bounced around this year, staying relatively close to the current level in most months,"" he said.

""The irony is affordability conditions have improved to historic highs and more creditworthy borrowers are trying to purchase homes, but the share of contract failures is double the level of September 2010,"" Yun added. ""Even so, the volume of successful buyers is higher than a year ago and is remaining fairly stable Ã¢â‚¬" this speaks to an unfulfilled demand.""

Contract failures were reported by 18 percent of NAR members in September, unchanged from August. They were 9 percent in September 2010.

The trade group says contract cancellations typically result from appraised values coming in below the negotiated price, or other problems including home inspections and employment losses.

But according to economist Paul Dales with ""Capital Economics"":http://www.capitaleconomics.com, the problem is more a lack of demand than a lack of credit.

Ã¢â‚¬Å“The modest fall in existing home sales in September shows that the housing market is struggling to gain any traction in this poor economic climate,Ã¢â‚¬Â Dales said. Ã¢â‚¬Å“In fact, it is hard to see home sales rising at all when mortgage applications are at a 15-year low and falling.

The trade groupÃ¢â‚¬â„¢s report shows that the national median existing-home price was $165,400 in September, down 3.5 percent from September 2010. 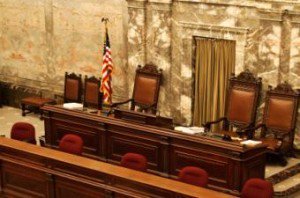 Update on CARES Act and Liquidity

The Federal Reserve and the Treasury delivered testimony before the Senate Banking Commitee on how the CARES Act is assisting lenders and servicers nationwide.