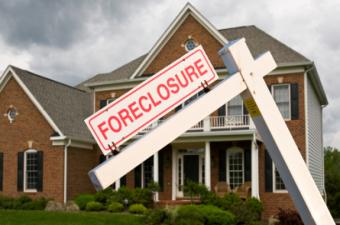 Mortgages backing homes that were foreclosed on in September had been delinquent for an average of 624 days, according to ""Lender Processing Services"":http://www.lpsvcs.com (LPS). That's up from 484 days in September of last year, just before the processing issues surfaced.

Overall, foreclosure starts in September were slightly below the three-year average, LPS reports. Servicers initiated foreclosure on 220,273 homes during the month, down 11 percent from the prior month and 15 percent from a year earlier.

New problem loan rates have increased sharply over the last two months, with 1.6 percent of loans that were current six months ago now 60 or more days delinquent or in foreclosure. LPS says the Ã¢â‚¬Å“sand statesÃ¢â‚¬Â and the Midwest have the highest new problem loan rates.

The company reports that delinquencies are now almost 2x and foreclosures are 8x their pre-crisis levels.

LPS says modification volumes have been falling since June of last year and are continuing to head south. About 2 million mortgage modifications have taken place since January 2010.

On the plus side, modification attributes have changed significantly since the beginning of the housing crisis. From the beginning of 2010, the percentage of mods resulting in payment reductions has held fairly steady at close to 90 percent.

As a result, the performance of modified loans has improved. LPS data show that the percentage of modified loans 60 or more days delinquent after at least 12 months stood at about 24 percent during the second quarter of this year, compared to a redefault rate above 50 percent in early 2009.