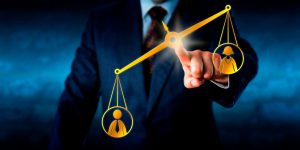 Rep. Maxine Waters, Chairwoman of the House Financial Services Committee, has sent a letter to the Property Appraisal and Valuation Equity (PAVE) Task Force asking that the Task Force move quickly to implement its planned actions and provide the Committee with a clear timeline for implementation of each action.

A Freddie Mac report from September 2021 citing U.S. Census Bureau data found that 12.5% of appraisals for home purchases in majority-Black neighborhoods, and 15.4% in majority-Latino neighbor-hoods result in a value below the contract price (the amount a buyer is willing to pay for the property), compared to only 7.4% of appraisals in predominantly white neighborhoods.

“For generations, millions of Black and brown Americans have had their homes valued for less than their white counterparts simply because of the color of their skin or the racial makeup of the neighborhood,” said Secretary Fudge. “Black and brown homeowners in communities just like mine have not felt that they have had a voice or that the Federal government was doing enough to redress the issue of racial bias in the appraisal process. With the PAVE Task Force, the Biden-Harris Administration is taking a whole-of-government approach to fixing this problem. We are proud of the work of this Task Force, and we are looking forward to continuing to work within the Administration and with partners to do all we can to root out discrimination in the appraisal and homebuying process.”

The PAVE Task Force engaged more than 150 stakeholder groups—including appraisers, appraisal management companies, lenders, civil rights and advocacy groups, academic institutions, philanthropy organizations, and individuals—who have experienced instances of appraisal bias, to listen and learn diverse perspectives on what is working and how the government can work to embed equity in the home valuation process.

“The Task Force’s Action Plan is a critical step forward in our nation’s duty to root out bias and discrimination in the appraisal industry, which has gone under the radar for too long,” said Rep. Waters in the letter. “During the pandemic alone, we have seen countless reports of appraisal bias and alleged discrimination, which are exacerbated by gaps in federal home valuation policies and regulations. The systemic undervaluation of homes owned by people of color and located in communities of color has blocked many homeowners of color, especially Black homeowners, from fully benefiting from the equity in their homes, from refinancing their mortgages into historically low interest rates, and devaluing the communities they live in.”