Federal and state regulators shut down three more community-based lenders over the weekend in Indiana, South Carolina, and Virginia.

With this latest round of closings, the ""FDIC's failed-bank list"":http://www.fdic.gov/bank/individual/failed/banklist.html has grown to 61 for the 2011 calendar year.

""Integra Bank, N.A."":http://www.integrabank.com in Evansville, Indiana, was the largest of this weekendÃ¢â‚¬â„¢s seizures. It operated 52 branches with $1.9 billion in deposits and assets totaling $2.2 billion.

The FDIC brokered a deal with ""Old National Bank"":http://www.oldnational.com, also headquartered in Evansville, to assume all of the deposits of Integra Bank for a premium of 1.0 percent and to purchases all of its assets.

The FDIC and Old National Bank entered into a loss-share transaction on $1.2 billion of the acquired assets. Integra

BankÃ¢â‚¬â„¢s failure is expected to cost the federal agency $170.7 million. ItÃ¢â‚¬â„¢s the first institution in Indiana to go under this year.

In Columbia, South Carolina, it was ""BankMeridian, N.A."":http://www.bank-meridian.com/ that found regulators at its doors Friday evening. BankMeridian had three branch offices, $215.5 million in deposits, and $239.8 million in assets.

""SCBT, N.A."":http://www.scbtonline.com/, based out of Orangeburg, South Carolina, agreed to take over the failed lender, with the FDIC consenting to share in future losses on $179.0 million of BankMeridianÃ¢â‚¬â„¢s assets.

According to a statement from SCBT, the loss sharing agreement covers Ã¢â‚¬Å“substantially all of the acquired loans and foreclosed real estate.Ã¢â‚¬Â

The FDIC says BankMeridian's closing will cost it an estimated $65.4 million. It's the third seizure of a South Carolina insured lender this year.

""Virginia Business Bank"":http://www.vabusinessbank.com/ in Richmond was also shuttered. With a single branch location, the lender had $85.0 million in total deposits, and $95.8 million in assets.

The FDIC reached an agreement with ""Xenith Bank"":http://www.xenithbank.com, also in Richmond, to assume the deposits and purchase all of the failed bankÃ¢â‚¬â„¢s assets. No loss-share arrangement was included in the deal.

ItÃ¢â‚¬â„¢s the first Virginia failure this year. The cost to the FDIC's insurance fund is expected to be $17.3 million. 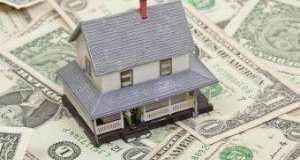 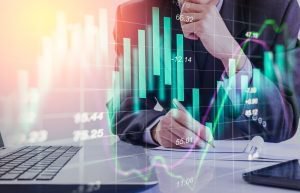