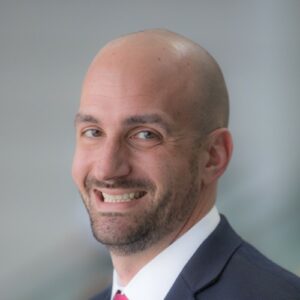 Ouwerkerk was formerly VP of Multifamily Underwriting, and served as Senior Director of Underwriting for the Southeastern Region before that. He joined Freddie Mac Multifamily in 2008, having previously worked as a commercial real estate broker.

“Ian is a strong leader with a proven track record implementing strategic, forward-thinking solutions partnering with our Optigo lenders and driving business results,” said Kevin Palmer, Head of Multifamily at Freddie Mac. “He has been a vital part of our success this year while serving as the Interim SVP of Underwriting & Credit, and I look forward to seeing how he continues to develop and strengthen the team.”

Freddie Mac Multifamily notes that historically, more than 90% of the eligible rental units funded are affordable to families with low- to moderate-incomes earning up to 120% of area median income. Freddie Mac securitizes approximately 90% of the multifamily loans it purchases, thus transferring a majority of the expected credit risk from taxpayers to private investors.

After six months of healthy growth in multifamily fundamentals, Freddie Mac recently reported in its early August forecast that contraction in multifamily origination volume to $440-450 billion is expected, down from the peak seen in 2021, driven by macroeconomic headwinds, including inflation and rising treasury rates.

“We believe the multifamily industry is well-positioned to weather the economic uncertainty and interest rate volatility impacting the broader economy throughout the rest of the year,” said Steve Guggenmos, VP of Multifamily Research & Modeling at Freddie Mac. “While we expect total volume projections will be down in 2022, rent growth and occupancy will still remain above their long run averages.”