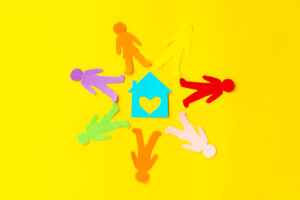 In September of 2021, the FHFA directed the GSEs to submit three-year EHFPs, to be updated annually, charging them with setting goals and undertaking actions to address the barriers to sustainable homeownership opportunities in order to advance equity in the nation’s housing finance system.

The Urban Institute notes that each GSE takes a different approach to the EHFPs. Fannie Mae’s plan seeks to dismantle barriers Black households face along three main stages of the housing journey, including, housing preparation (including credit building and financial education; shopping for, acquiring, renting, or buying a home using a mortgage; and achieving housing stability, or maintaining homeownership or rentership despite obstacles.

The authors recognize the efforts of the GSEs that change should be implemented as positives in the report.

“Both GSEs’ strategies explicitly call out challenges disproportionately facing households and communities of color in renting and owning homes. This is important and long overdue,” said the authors. “The GSEs have maintained plans under their respective Duty to Serve and affordable housing goal regimes, but these plans have never squarely focused on narrowing the racial homeownership gap. In addition to the overall focus on the racial homeownership gap, the EHFPs include several noteworthy provisions.”

And as affordability remains a major hurdle for many in today’s market, the Urban Institute team of authors shift their focus on the critical need for high-quality, affordable rental housing, and the important role the GSEs play in multifamily finance.

“Although, taken together, these plans will have only marginal effects on the overall supply, Freddie Mac’s planned initiatives to expand the supply of affordable rental housing are especially welcome because financial engineering alone will not resolve persistent rental affordability issues,” said the authors. “Freddie Mac is also extending its Develop the Developer initiative in underserved communities of color from single-family (one to four units) to multifamily homes (five or more units); it is extending its ‘linked loan’ offering that supports emerging developers to allow for the financing of noncontiguous two- to-four unit properties (Freddie Mac 2022, 59). And both EHFPs plan to explore standardizing best practices to make them fairer, such as tenant protections and housing choice voucher acceptance (Freddie Mac) and security deposits (Fannie Mae), all positive steps leading to broader market adoption of more equitable rental markets.”

One major concern of the authors is that neither Fannie Mae or Freddie Mac’s plan recognizes the GSEs’ role in the current racial homeownership gaps as evidenced by the purchase loan channel shares by race and ethnicity exhibited below. 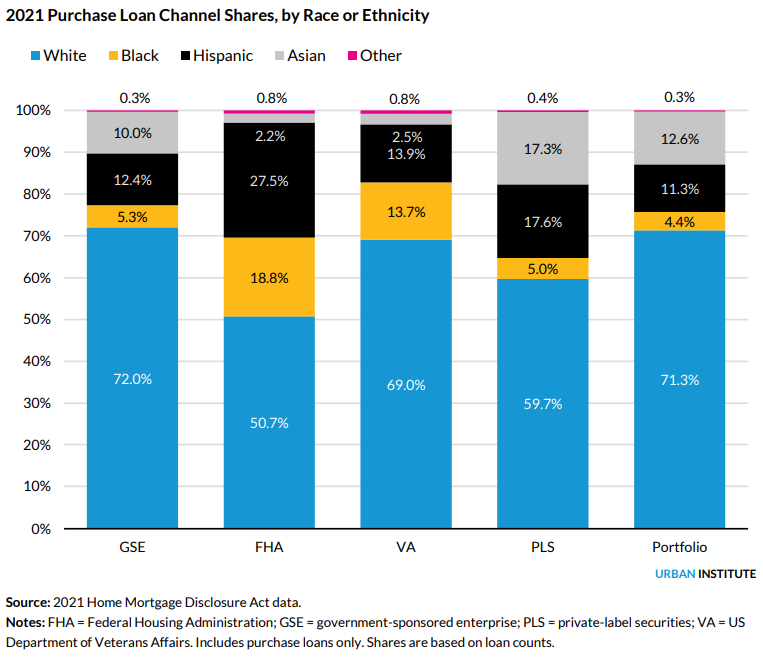 Authors Ratcliffe, Goodman, and Stegman conclude their analysis by pointing out the GSE’s missed opportunities and unresolved issues, including:

“The EHFPs are an important step in attempting to close the racial homeownership gap, and there is a lot to like in these plans,” concludes “The GSEs’ Equitable Housing Finance Plans: Strengths and Missed Opportunities.” But the plans have weaknesses, including trying to tackle too many issues, with a lack of focus and no emphasis on measurable outcomes. And several items are missing from these plans, including collaboration between the GSEs, the interaction between the GSEs and the FHA, and steps to insulate these plans from political whims.”

Previous: Pace of Forbearance Exits Slows in September
Next: Next Steps for Default Servicing