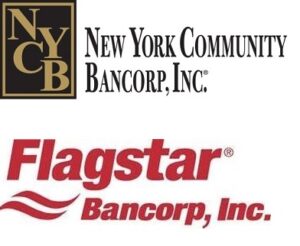 The OCC approval is subject to a statutory waiting period that provides that the bank merger cannot be consummated until the 15th day after the date of the OCC approval, which in this case, is November 11, 2022. Approval by the Federal Reserve Board is not expected to have any associated waiting period. NYCB and Flagstar intend to consummate the holding company and bank mergers promptly after the end of the OCC waiting period and the receipt of approval from the FRB.

Once approved and closed, the combined NYCB and Flagstar will operate 395 branches across nine states, including strong footholds in the Northeast and the Midwest with exposure to high growth markets in the Southeast and West Coast. Through its Mortgage Division, the company will operate nationally through 81 retail lending offices in 26 states, and a wholesale network of approximately 3,000 third-party originators. It will have its headquarters based on Long Island, N.Y., with regional headquarters in Troy, Michigan, including Flagstar's mortgage business.

Cangemi, current Chairman, President, and CEO of NYCB, was appointed President and CEO December 31, 2020, and was named Chairman March 26, 2021. Prior to this, Cangemi served as Senior EVP and CFO of the company and the bank since April 5, 2005. He joined the company on July 31, 2001 as EVP and Director of the Capital Markets Group, and was named Senior EVP on October 31, 2003.

Prior to joining NYCB, Cangemi was EVP, CFO, and Treasurer of both Richmond County Financial Corporation and Richmond County Savings Bank. Before joining Richmond County in 1997, Cangemi served as SVP, CFO, and Corporate Secretary of Continental Bank, a commercial bank based in Garden City, New York and, previously, as Director of Corporate SEC Reporting for an electronics corporation in Boca Raton, Florida. From 1993-1996, Cangemi was VP and CFO of Sunrise Bancorp, a publicly traded thrift headquartered on Long Island. Previously, Cangemi was a member of the SEC Professional Practice Group of KPMG Peat Marwick, serving financial institutions.

In addition to OCC approval, NYCB and Flagstar announced that they have mutually agreed to extend their merger agreement from October 31, 2022 to December 31, 2022. The consideration and exchange ratio as provided in the merger agreement will remain the same. The extension, which has been approved by the Boards of Directors of both companies, will provide additional time to obtain regulatory approval from the FRB, in order to allow the transaction to be consummated.