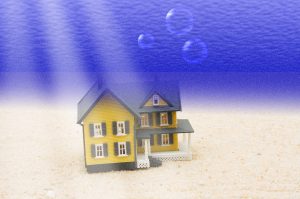 Research conducted by Harvard University’s Joint Center for Housing Studies (JCHS) found renters tapped a variety of financial resources, according to a new study published as part of the “Housing Crisis Research Collaborative.”

The JCHS found in “Making the Rent: Household Spending Strategies During the COVID-19 Pandemic,” with data from the U.S. Census Bureau from August 2020 to March 2021, nearly 17% of renters were behind on their rent and 52% had lost employment income since the onset of COVID-19.

Households that lost employment incomes were less likely to use regular income sources compared to before the pandemic to meet spending needs (44%). Just 76% of households who did not lose their jobs relied on varying methods to meet financial obligations.

“Our findings indicate that the financial impacts of the pandemic are likely deeper than the estimates of rent arrears alone might suggest,” the JCHS stated in its study.

Households that made less than $25,000 were less likely to use regular income sources, such as credit cards or savings, to meet their savings because they lacked access to these resources.

Unfortunately for renters, recent data from Realtor.com found December rents increased for the sixth-consecutive month. These increases were led by metropolitan areas, such as Miami, where rents increased by 49.8%.

Data from ATTOM revealed that home ownership is less expensive than renting in many areas of the county. ATTOM’s Rental Affordability Report for 2021, showed that owning a median-priced home is more affordable than the average rent on a three-bedroom property. Some 58% of the 1,154 U.S. counties analyzed for the report reveal that major home ownership expenses consume a smaller portion of average local wages than renting.