FDIC Looks to Fast-Track Sales of Seized Assets as MBS

The ""FDIC"":http://www.fdic.gov has built up a stockpile of some $40 billion in underperforming real estate loans and other assets seized from an elevated number of failed banks over the past[IMAGE]couple of years. But the federal agency is a regulator and deposit insurer, not an asset manager, and it doesn't like to hold on to these loan leftovers for very long.

Over the past year or so, the FDIC has been auctioning off these assets via structured partnerships with private companies. As ""DSNews.com reported earlier this week"":http://dsnews.comarticles/fdic-selling-610m-in-seized-loans-2010-03-01, the FDIC is readying a $610 million portfolio of loans for auction, 80 percent of which are delinquent. Last month, the FDIC sold off ""$3 billion in troubled loans"":http://dsnews.comarticles/homebuilder-buys-3b-in-troubled-loans-from-fdic-2010-02-11 to homebuilder Lennar Corporation, and in January investment firm Colony Capital took ""$1 billion in distressed commercial real estate mortgages"":http://dsnews.comarticles/index/fdic-finds-buyer-for-1-billion-in-troubled-commercial-loans-2010-01-11 off the FDIC's hands.

But considering the multiple bank closures reported nearly every week now, the agency's asset portfolio is growing faster than it can conduct auctions and offload these loans. That's led the FDIC to try a new tactic Ã¢â‚¬" package the loans and sell them to investors as securities on the secondary market.

It's an easy way to get rid of assets in big bundles and return much-needed capital to the agency's coffers. The FDIC hopes this diversified disposition strategy will allow it to fast-track sales and minimize its losses.

According to the _Wall Street Journal_, the FDIC has three such deals in the works, totaling about $4 billion. The first offering is a structured sale of previously issued nonagency residential-mortgage-backed securities (RMBS), the paper said. It's valued at $1.8 billion and is expected to sell as early as this week.

The other two pools consists of residential, commercial, and construction loans Ã¢â‚¬" one is made up of assets from Corus Bank, which was shut down in September of last year, the other is from Franklin Bank, closed in November 2008.

Each of the securities comes with an FDIC guarantee and is backed by the U.S. government, which could make the offerings especially appealing to secondary market investors. According to the _Journal_, the deals are being offered as private placements, led by ""Barclays Capital"":http://www.barcap.com. 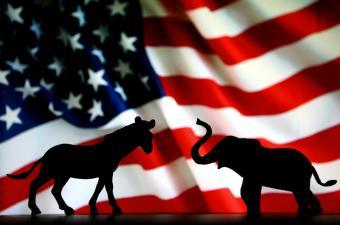 What a Democratic Senate Could Mean for Property Owners

Legal experts say, after securing a majority in the Senate, Democrats have "a rare opportunity to directly and swiftly end the eviction crisis and prevent severe harm to renters and landlords nationwide."