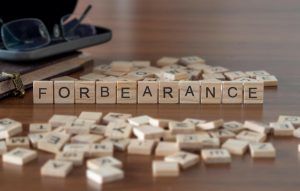 The latest Loan Monitoring Survey from the Mortgage Bankers Association (MBA) has found the total number of loans currently in forbearance decreased by 11 basis points from 1.05% of servicers’ portfolio volume in March to 0.94% as of April 30, 2022. The MBA estimates that there are approximately 470,000 homeowners nationwide currently in forbearance plans.

“With the number of borrowers in forbearance decreasing to less than half a million, the pace of monthly forbearance exits reached its lowest level since MBA started tracking exits in June 2020,” said Marina Walsh, CMB, MBA’s VP of Industry Analysis. “Servicers are expected to continue making small incremental inroads to the remaining loans in forbearance.”

Walsh commented gains and strength in the overall U.S. jobs market contributing to percentage of borrowers who were current on their mortgage payments, which increased to its highest level of 2022, despite potential headwinds such as high inflation and stock market volatility.

“The best indicator of loan performance is overall national employment,” noted Walsh. “The U.S. unemployment rate is still below 4%, leaving borrowers in a good position to make their monthly mortgage payments.”