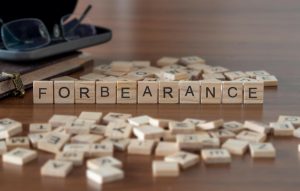 The latest Loan Monitoring Survey from the Mortgage Bankers Association (MBA) reports that the total number of loans nationwide now in forbearance decreased by nine basis points from 0.94% of servicers’ portfolio volume in the prior month to 0.85% as of May 31, 2022. MBA estimates that approximately 425,000 homeowners in the U.S. are currently in forbearance plans.

“Servicers are whittling away at the remaining loans in forbearance, even as the pace of monthly forbearance exits slowed in May to a new survey low,” said Marina Walsh, CMB, MBA’s VP of Industry Analysis. “Most borrowers exiting forbearance are moving into either a loan modification, payment deferral, or a combination of the two workout options.”

“It is a positive sign to see the overall servicing portfolio performance reach 95.85 percent current in May–21 basis points higher than April’s figures,” said Walsh. “However, it is worth watching if the rapid increase in interest rates for all loans, combined with inflation that is outpacing wage growth, complicates post-forbearance workout options and puts additional pressure on borrowers in existing post-forbearance workouts.”

MBA’s monthly Loan Monitoring Survey covers the period from May 1-May 31, 2022, and represents 70% of the first-mortgage servicing market of approximately 36 million loans.

It remains to be seen if high rates and the Fed’s move to curb inflationary issues will drive the number of forbearances back up over the 1% mark, but solid numbers reported by the U.S. Department of Labor (DOL) last week showed that for the week ending June 11, the advance figure for seasonally adjusted initial claims was 229,000, a decrease of 3,000 from the previous week's revised level. The advance seasonally adjusted insured unemployment rate stood at 0.9% nationwide for the week ending June 4, unchanged from the previous week's unrevised rate.

By stage, 28.2% of total loans in forbearance were in the initial forbearance plan stage, while 58.6% were in a forbearance extension, and the remaining 13.2% represented forbearance re-entries, including re-entries with extensions.