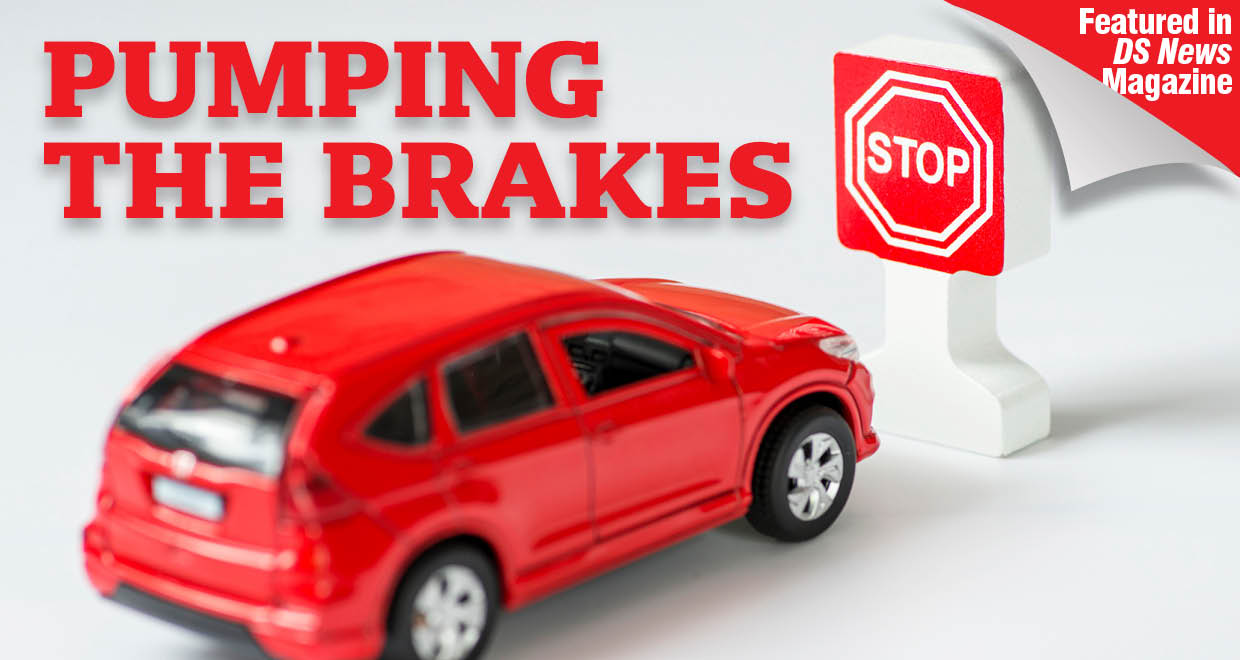 Foreclosure volumes are beginning to tick up as government-mandated moratoriums and forbearance grace periods wear off. Despite these changes and the light they bring to the end of a long tunnel for many mortgage-related service providers, the reality is that homeowners are still struggling to meet their debt obligations.

During the pandemic, millions of homeowners entered into forbearance programs to avoid default as lockdowns impacted their earning capacity. Most of these homeowners have since shed their forbearance status, with approximately 1.6 million borrowers leaving forbearance since the beginning of October 2021. Only about 10% of these borrowers have returned to delinquency.

However, with 18% still in some sort of loss mitigation status, the impact of these forbearance programs remains to be seen.

According to Black Knight, this population—central to potential 2022 foreclosure risk—is worth watching, given the number of ways they may impact the housing market.

When we talk about foreclosures, it's hard not to flashback to the most recent housing crisis of 2008. The foreclosure carnage that ensued saw millions of Americans lose their homes and left a long-lasting stain on the mortgage industry.

Today's housing market, though uncertain, does have some bright spots. The post-pandemic labor market is strong, and many homeowners are sitting on a good amount of equity in their homes. This scenario results from a record hot housing market driven by strong demand and limited housing supply.

According to CoreLogic, home prices have increased by almost 21% since March 2021, pushing negative equity levels to the lowest in over a dozen years, with just 1.1 million homeowners underwater on their mortgages.

According to data reported by the Federal Reserve, American homeowners have gained more than $6 trillion in housing wealth during the pandemic.

The 2008 financial crisis created the opposite economic effect, wherein economic retrenchment by households and firms tanked spending and sent median home sales prices down 19% in two years. Millions of homeowners lost jobs when housing prices collapsed in 2007, and the credit supply contracted, causing mortgage delinquency rates to triple. Homeowners routinely lost years of accrued wealth when they were forced to sell for far less than they owed.

The Slow Ramp Has Clear Advantages for Default Servicing
There is no doubt that the current job market has better-positioned homeowners to deal with financial distress. This is good news for the default servicing industry, because it sets the pace for a slow ramp of delinquent mortgages and gives servicers time to prepare for the inevitable increase in default servicing activity. Financially distressed homeowners squeezed by inflation-driven increases in spending aren't likely to find relief from government programs this time. A housing market cooldown also means equity gains could slow for some homeowners, providing less protection from mortgage defaults for those who fall behind. CoreLogic expects the market to cool around 6% by March 2023.

There are three clear advantages that a slow build of delinquencies will have for the default servicing industry. First, the slower pace of delinquencies allows servicers to provide more thoughtful loss mitigation options to borrowers. Second, financial institutions can reallocate valuable resources by transitioning their workforce from origination to loss mitigation and default. Third, mortgage servicing is ripe for innovation, and the technologies needed to address long-time servicing delinquencies (pun intended) are becoming more readily available.

This third point will resonate beyond the impending cycle of higher default volumes. This new generation of mortgage-focused technology stands to drastically improve an industry that has long needed an overhaul.

Innovation such as Voxtur's BestX®, a due diligence tool for mortgage investors and services, aggregates foreclosure and bankruptcy data from court records to generate status reports and risk analytics for more efficient and intelligent trading and servicing of defaulted assets. This is just one example of the ways in which automation and innovation can bring efficiency to a traditionally manual piece of the industry.

Servicers that are open to new technologies and more automated processes will have a substantial advantage over their peers as they scale operations more efficiently, reduce costs, and mitigate risk. These savings will ultimately flow through to the consumer, and which will resonate for years to come, well beyond the next cycle of defaults. With this increase in defaults, we will likely see more housing inventory.

Together with the savings that consumers can expect to see from more widespread adoption of mortgage technology, this leads to more affordable homeownership and a better future for many Americans.

Previous: HUD Makes $10.4M Available to Veterans to Rehab Aging Homes
Next: Foreclosure Starts Up in First Half of 2022