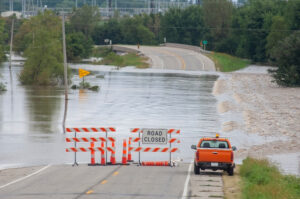 A new study by Redfin has found that homebuyers who have access to flood-risk information when searching home listings online are more likely to view and make offers on homes with lower flood risk than those who don’t have access. Redfin examined three month’s worth of randomized controlled data, involving 17.5 million Redfin.com users, half of which had access to property-level flood-risk scores (treatment group), and half of which did not (control group).

“We now have definitive evidence that the risks posed by climate change are affecting where Americans choose to live. Before Redfin’s experiment, that was just a hypothesis,” said Redfin Chief Economist Daryl Fairweather. “Equipping people with flood-risk information helps them make more informed decisions. Some will opt to move out of risky areas altogether, while others will stay put but invest in making their homes more resilient to disaster.”

Redfin saw this impact on users who had been viewing homes with Severe/Extreme Risk prior to the study, suggesting that flood danger is unlikely to change homebuyer decision-making unless it’s substantial. When users who viewed homes with lower risk (Minimal, Minor, Moderate and/or Major) prior to the study gained access to flood-risk scores, there was no statistically significant change in the risk level of homes they proceeded to bid on. 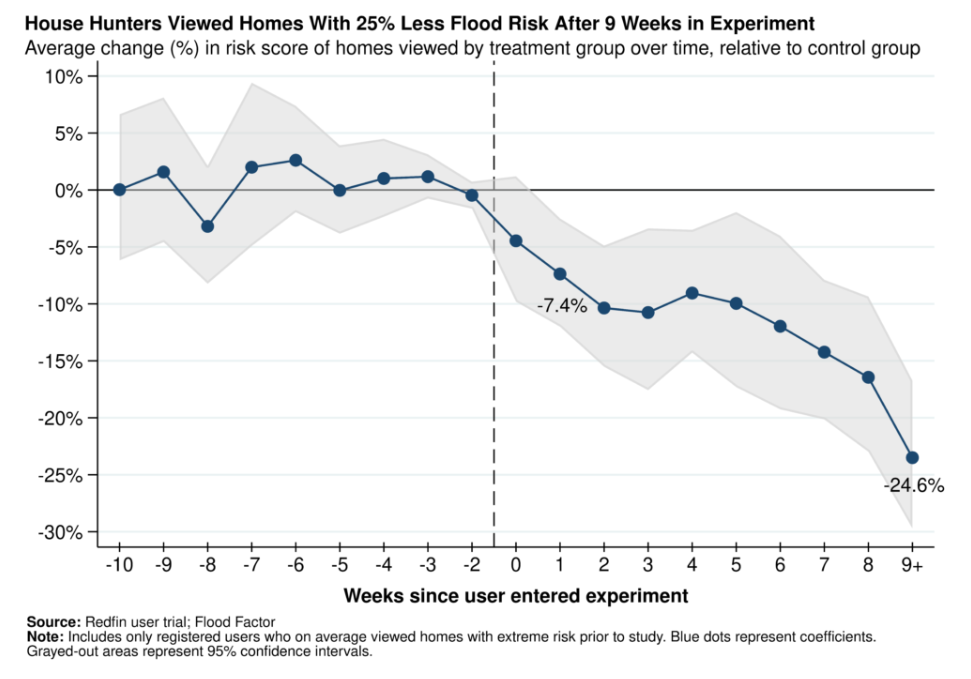 “Climate-risk data may start to have an even bigger impact on homebuyer decisions now that the housing market is slowing and tilting more in buyers’ favor,” said Sebastian Sandoval-Olascoaga, the MIT researcher who co-conducted the experiment. “Today’s buyers have more leeway to seek out the home features they really want. For some buyers that might mean considering only turnkey homes, and for others it might mean limiting their search to homes with minimal flood risk.”

As part of the study, Redfin also measured how frequently users in the experiment took the additional step of clicking into a home listing page’s “Flood Risk” section, where more information can be found on such factors as future risk, FEMA flood zones, and disaster insurance. Users in the treatment group of the study clicked into the Flood-Risk Section 2.8% of the time. Many users likely didn't feel the need to expand the flood-risk section because they found the preview of the flood-risk data sufficient—one reason the clickthrough rate appears low. 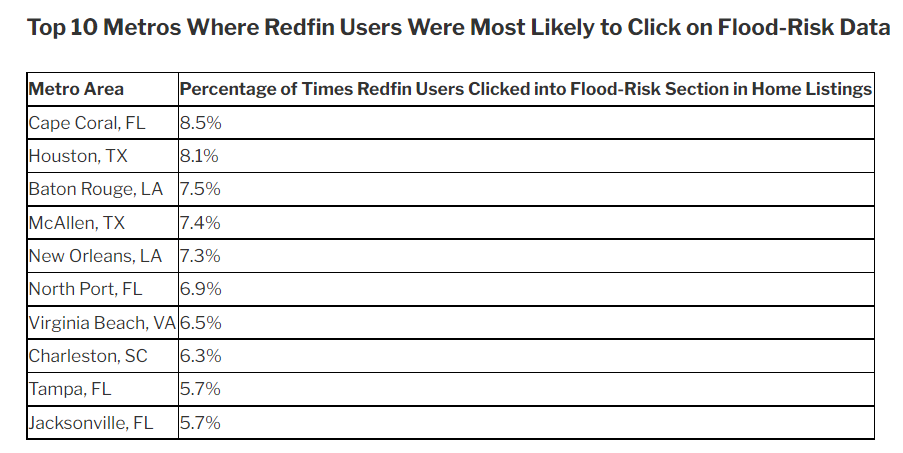 In Cape Coral, Florida, users in the treatment group clicked into the Flood-Risk Section 8.5% of the time, the highest rate among the 100 most populous U.S. metropolitan areas. Next came Houston (8.1%); Baton Rouge, Louisiana (7.5%); McAllen, Texas (7.4%); and New Orleans (7.3%). Three other Florida metros, North Port, Tampa, and Jacksonville, were also in the top 10.

“I had a buyer from the Northeast who toured a beachfront home in the Jacksonville area and was close to making an offer, but changed his mind after seeing that the flood-risk rating on Redfin was almost a 10 out of 10,” noted Alexis Malin, a Redfin Buyer’s Agent in the Jacksonville, Florida area. “He loved the house and the location, but decided the purchase was just too big of a financial risk. He ended up staying in the Northeast and buying a home there instead.”

And now that there is an abundance of flood-risk, many are realizing that if they own or purchase a home with high natural-disaster risk, it may require costly disaster insurance, and could ultimately drop in value. It’s possible this will disproportionately impact disadvantaged communities, which are often more exposed to flooding. Formerly redlined areas have a larger share of homes with high flood risk than areas that weren’t redlined. While redlining has been outlawed for years, formerly redlined areas are still more likely to house people of color than non-redlined areas.

“Home prices haven’t yet started to broadly plummet due to natural-disaster risk. That means communities that face the highest risk still have time to act,” Fairweather said. “If a homeowner thinks their property will lose value due to flood risk, they may want to relocate now to keep both themself and their finances safe. Unfortunately, that may mean passing on the risk to someone else. Governments can help prevent that by purchasing and demolishing at-risk homes, or subsidizing climate-resilient improvements. Upgrades like landscaping, flood walls and flood openings to direct water away from homes can help an at-risk property retain value.”