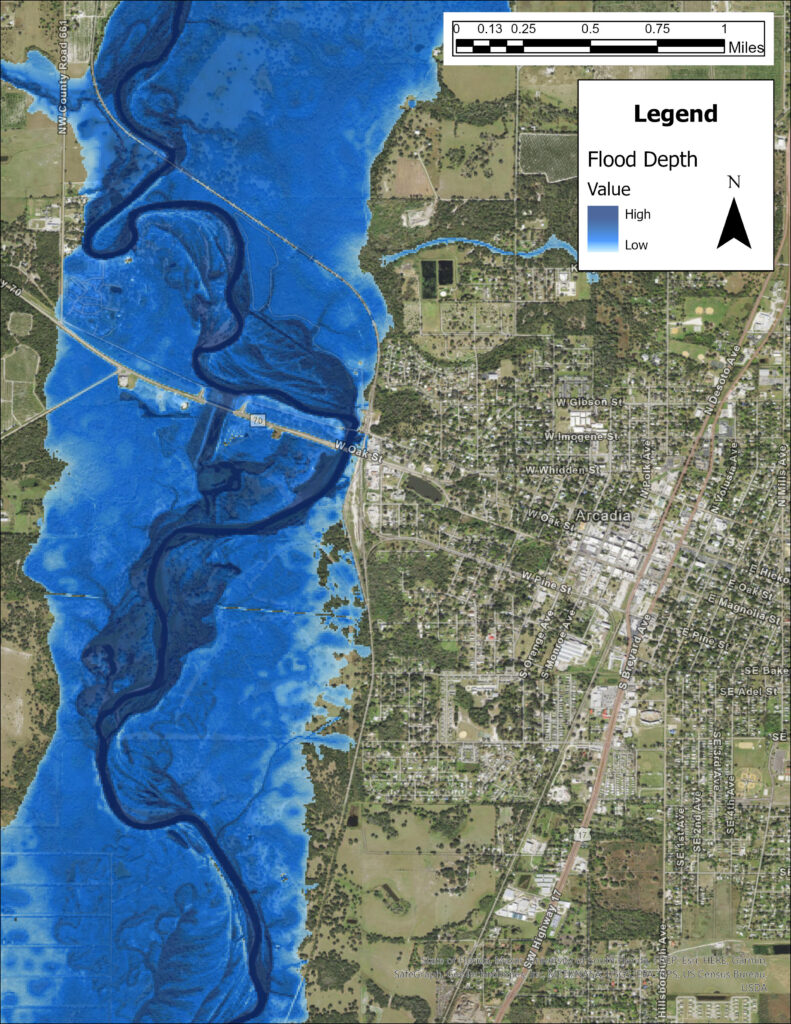 Hurricane Ian is the costliest Florida storm since Hurricane Andrew made landfall in 1992.

Inland flooding left in the wake of Hurricane Ian was extreme due to significant riverine flooding along Peace River in Arcadia, Florida, located south of the Tampa area and north of Punta Gorda, Florida. Peace River, which normally runs 130-feet wide, flooded to more than a mile wide due to the storm’s surge and rainfall. However, this area is designated as a Special Flood Hazard Area (SFHA) by FEMA and housing is sparse in this location.

“In many areas, the flood extent approximates the SFHA boundaries, a clear indication that SFHA is a useful tool for city planners who wish to understand flood risk and mitigate flood damages,” said Tom Larsen, Senior Director of Hazard and Risk Management, CoreLogic. “Without constraints in development in the SFHA, flood damages would have skyrocketed. Learning from this riverine flood event will help city planners make better decisions about where residential development makes sense, from standard construction homes to manufactured home communities.”

Initial estimates from CoreLogic on the Hurricane Ian storm damage for residential and commercial properties in Florida were initially $22 billion and $32 billion, while insured storm surge losses in Florida an expected additional $6 billion to $15 billion. 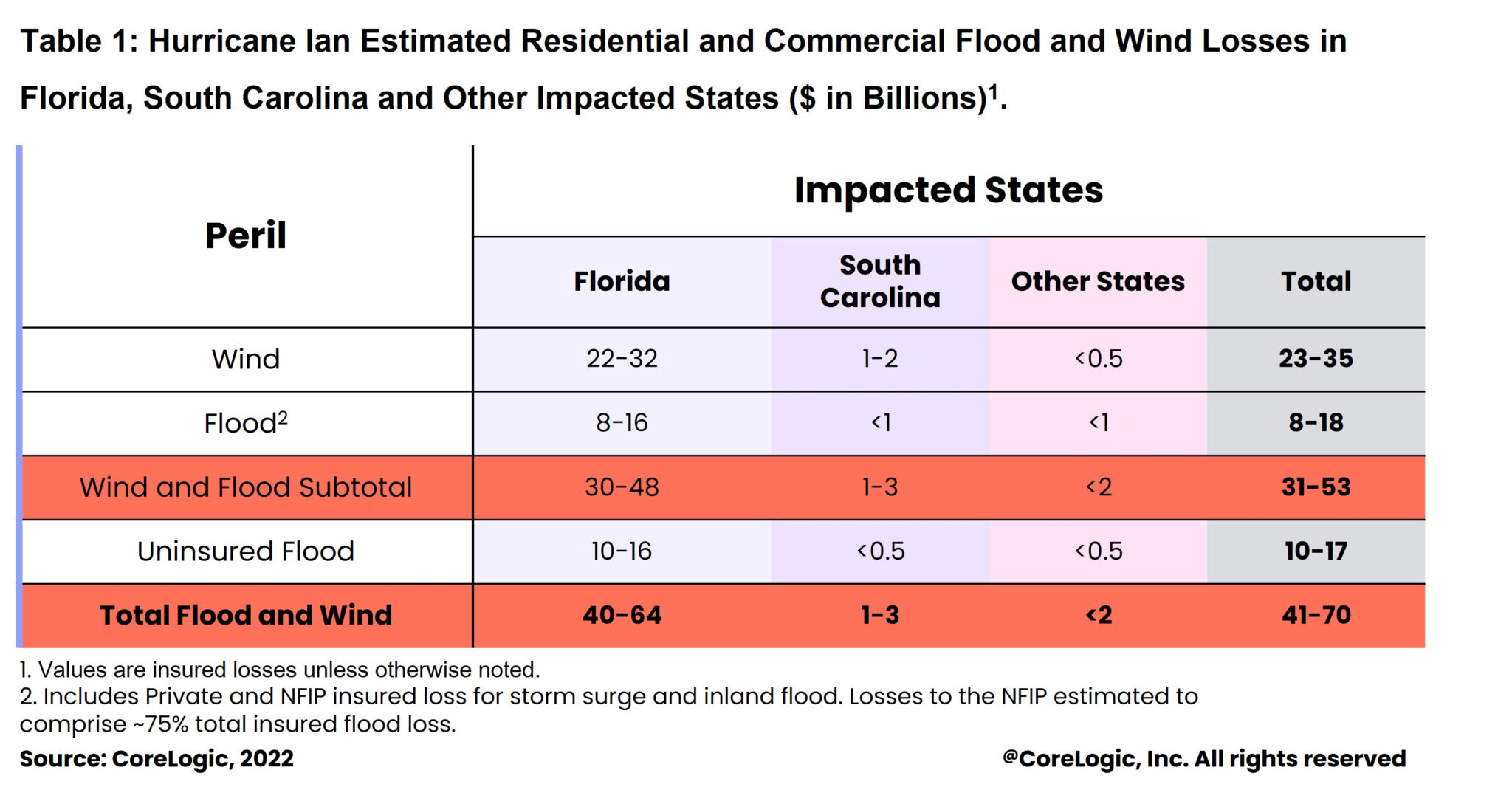 Hurricane Ian’s large wind field and landfall path caused severe wind and coastal storm surge damage along the densely populated coast. “The key reason Hurricane Ian is so economically destructive is due to the massive growth in coastal real estate in Florida,” said Larsen. “Florida's population has grown 50% since 1992 when Hurricane Andrew hit Miami, with disproportionately more growth in South Florida. The extra costs incurred from the surge in repair needs simultaneous with a fragile economy are headwinds to rapid reconstruction and we should expect to see resident displacement and housing affordability issues in the state for some time to come.”

Florida had been a primary destination in the great migration trend of 2020 and 2021 due to the state’s lack of income tax and housing with lower cost per square foot than homes in major coastal metros like New York City and San Francisco. Additionally, residents have enjoyed increasing home equity gains throughout 2022, with homeowners reaching an average equity all-time high of nearly $300,000. Disasters like Hurricane Ian, however, may put a damper on the state’s housing growth.

“Housing markets in Florida will face difficult times as many Florida residents have been impacted by the devastating storm,” said Selma Hepp, Interim Lead of the Office of the Chief Economist, CoreLogic. “Initially, we are likely to see an increase in mortgage delinquencies as is typical following catastrophes. Also, rents are likely to jump as households who lost their home seek immediate shelter. Longer term, home price growth in hard hit areas is likely to lag that of the rest of the state and nation as people may opt to move to areas less prone to natural disasters. CoreLogic observed this trend in the Gulf Coast region following Hurricanes Laura, Delta, and Ida.”

According to CoreLogic, more than 66,000 pending mortgage applications worth nearly $22.5 billion are currently in progress in Florida, North Carolina and South Carolina and are in jeopardy from Hurricane Ian damages.

Insured loss represents the amount insurers will pay to cover damages. Unlike wind damage, which is covered by a standard homeowners’ policy, flood is a separate coverage which is not mandatory outside the designated Special Flood Hazard Areas (SFHAs).

CoreLogic’s analysis includes residential homes and commercial properties, including contents and business interruption and does not include broader economic loss from the storm. The inland flood analysis is based on the rainfall from September 25 to October 4.