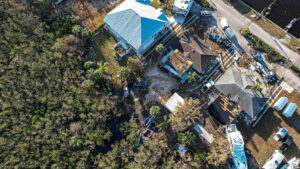 Equally as impacted was the state’s housing market, as Redfin found that pending home sales fell 58% year-over-year in the Cape Coral, Florida metro area during the four weeks ending October 16 in the aftermath of Hurricane Ian. That total is nearly twice the nationwide decline of 32%. Pending home sales also slumped in the nearby Naples (-52%) and North Port (-51%) metro areas over that same time span.

Other Florida metros were impacted by the storm, as sales fell 47% in Miami, 46% in Jacksonville and 43% in West Palm Beach, while sales were down more than 40% in the Deltona, Tampa, and Orlando metros. 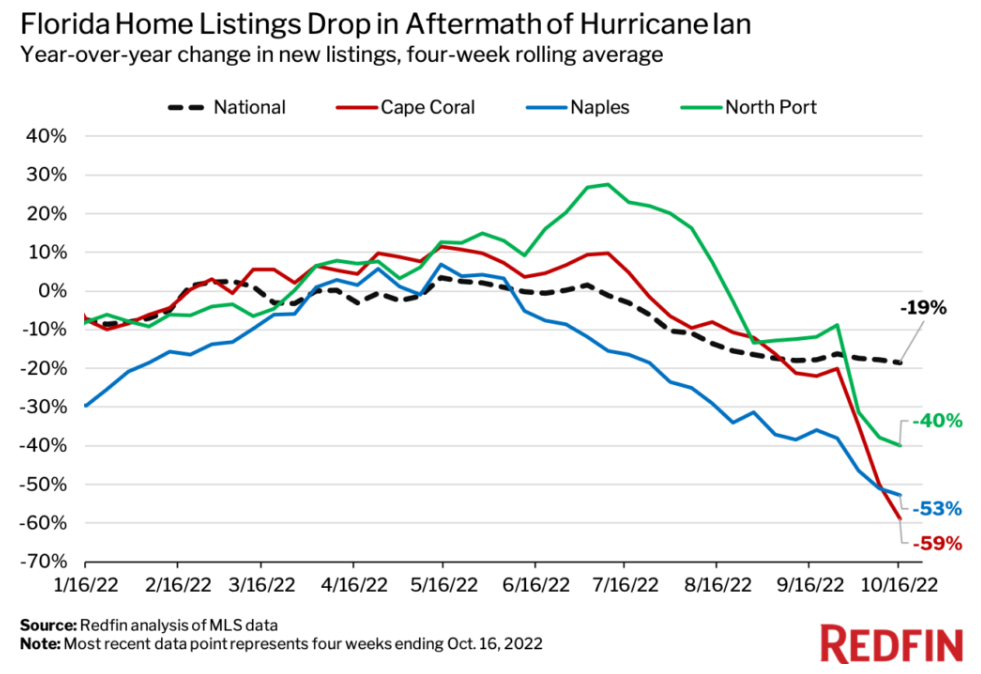 The Southwest region of the state reported outsized decreases in pending sales, as the storm quashed home listings in Cape Coral, where new listings sank 59% year-over-year during the four weeks ending October 16—more than triple the national decline of 19%. Pending sales fell 53% in Naples, and 40% in the North Port region. New listings were down 33% in Jacksonville, 30% in Orlando, and 28% in both the Tallahassee and Tampa metros.

Redfin found that while nearly two-thirds of homebuyers and sellers say they were hesitant to move somewhere with climate risk, many still did during the pandemic because they were searching for relative affordability, lower taxes and/or warm weather. A 2021 Redfin analysis found that more people moved into than out of the U.S. counties with the largest share of homes facing high flood risk from 2016 through 2020—a trend that intensified during the pandemic moving frenzy. 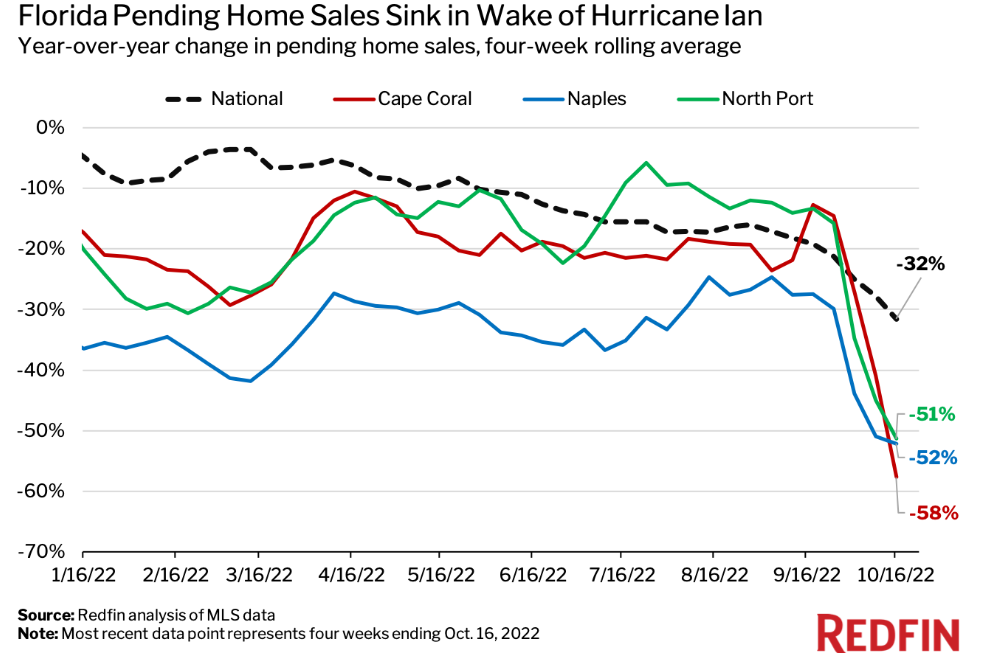 Redfin recently found that 62% of residents polled who plan to buy or sell a home in the next year were hesitant to move to an area at risk of natural disasters, extreme temperatures and/or rising sea levels.

“One of the main questions I get from buyers is, 'Where can I move that’s close to the beach but not in a flood zone?’ The answer is nowhere. If you’re not in a flood zone this year, you may be in a couple of years from now,” said Isabel Arias-Squires, a Redfin Real Estate Agent in Fort Myers, which was among the areas hardest hit by Hurricane Ian. “This is Florida—hurricanes and flooding come with the territory. Homebuyers should always purchase flood insurance and invest in impact windows if they can.”

Click here for more of Redfin’s analysis of Hurricane Ian’s impact on pending home sales in the state of Florida.

Previous: By the Numbers: Consumer Default Rates
Next: Safe and Sound