The ""U.S. Department of Housing and Urban Development"":http://www.hud.gov (HUD) recently announced that 400,000 homeowners have refinanced their mortgages with HUD’s affordable mortgage insurance program. Since expanding its refinance program in September 2007, HUD’s ""Federal Housing Administration"":http://www.fha.gov (FHA) has helped more distressed homeowners keep their homes by utilizing FHA’s safe and affordable mortgage financing. FHA refinancing is on pace to help 500,000 families by the end of this year, the agency said in a press statement.
""Thanks to FHA’s expanded programs, hundreds of thousands of families now have peace of mind knowing they have a stable, more affordable mortgage,"" said HUD Secretary Steve Preston. ""Today, we are proud to say that FHA has helped more than 400,000 struggling families keep their homes, while also creating greater liquidity in the mortgage market.""
Since its creation in 1934, FHA has helped more than 35 million families become homeowners. Nationwide, the number of mortgages insured by FHA was nearly three times higher in the third quarter of 2008, compared to the same time last year. By requiring full income and employment documentation, FHA products are underwritten to ensure borrowers have the ability to repay the loan. FHA also continues to offer unprecedented loss mitigation assistance to homeowners. FHA’s loss mitigation efforts have helped about 300,000 families keep their homes over the last three years.
%{=FONT-STYLE: italic; TEXT-DECORATION: underline}Below is a timeline of the expansion of FHA’s refinance program:%
- August 2007 - President Bush launches a new initiative at HUD's FHA called FHASecure to help hundreds of thousands of struggling homeowners - especially low-income families and minorities - avoid foreclosure. This product expanded FHA's ability to offer refinancing to homeowners who have good credit histories, but cannot afford their mortgage payments after their teaser rates reset.
- May 2008 - FHA helps 200,000 families refinance their mortgages since September 2007.
- July 2008 - FHA expands FHASecure to help homeowners with adjustable rate subprime mortgages who can no longer afford their mortgages and missed up to three monthly mortgage payments over the past 12 months. Rather than go into foreclosure, eligible borrowers can refinance with FHA and lenders can voluntarily write down the outstanding subprime mortgage principal balances.
- August 2008 - FHA helps 300,000 families refinance their mortgages since September 2007.
- October 2008 - HUD launches the ""HOPE for Homeowners"":http://dsnews.comview_story.cfmxid=2970 program to refinance mortgages for eligible borrowers who are having difficulty making their payments, but, after a write-down in principal, can afford a new loan insured by the FHA.
- October 2008 - FHA helps 400,000 families refinance their mortgages since September 2007. 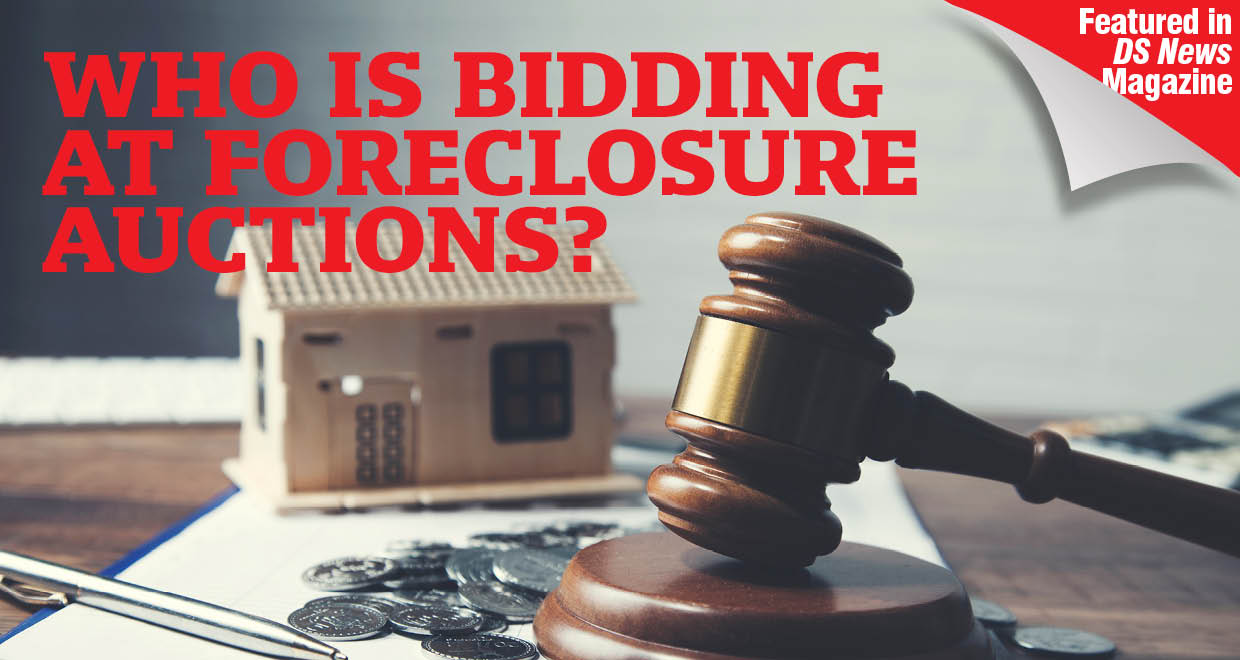 Most foreclosure buyers are local community developers renovating and reselling to owner-occupants. Daren Blomquist of Auction.com examines this market segment and others taking part in home auctions nationwide.