""Freddie Mac"":http://www.freddiemac.com is ramping up repurchase demands and ""the put-back that they've been going through from 2006 forward on loans Ã¢â‚¬Â¦ they're increasing that put-back now to '04 and '05,"" ""U.S. Bancorp"":https://www.usbank.com/en/AboutHome.cfm CEO Richard Davis told investors at the Goldman Sachs Financial Services Conference in New York Tuesday.

According to Davis, whose presentation is ""archived on his company's website"":http://phx.corporate-ir.net/phoenix.zhtml?p=irol-eventDetails&c=117565&eventID=4877466, Freddie Mac informed U.S. Bancorp and other large servicers Friday night that the GSE will require them to buy back defaulted loans originated in years prior to the housing crisis.

While Davis said the move was ""unexpected,"" Freddie Mac notes that it has always had the authority to pull files for review when loans stop performing regardless of when the loans were originated.

""Our repurchase policies for non-performing loans have not changed. If there are rep and warrant violations we can discuss appropriate remedies with the lender,"" said Brad German, spokesman for Freddie Mac.

As Davis maintains, up until now, both Freddie Mac and Fannie Mae have only reviewed loans from 2006 or later in assessing repurchases. But German explains that the GSE's file review strategy is adjusted periodically to ensure the company is gathering the type of historical data needed to improve its quality control processes and reduce taxpayer exposure to risk.

""We have begun telling servicers 2013 file reviews will include non-performing loans originated in 2004 and 2005,"" German said. But, he added, ""we also expect to request fewer total non-performing loan files next year than we did this year.""

As German describes the review adjustments, Freddie Mac is asking to take a look at loan files--and only the files of non-performing loans--dating back to the years of the housing boom simply as a quality control measure.

He says Freddie Mac is ""fully committed to working with our lenders to Ã¢â‚¬Â¦ improve the overall quality of conforming, conventional mortgages sold to Freddie Mac"" while remaining ""responsible stewards of taxpayer resources.""

Davis says U.S. Bancorp ""is still sizing"" how the added vintage reviews will impact the company's reserves, but it's likely to cut into earnings per share by as much as two cents during the fourth quarter. While any associated losses wonÃ¢â‚¬â„¢t be realized until after the end of 2012, Davis says this quarter, the company will set aside what it expects in repurchase demands from 2006 and forward, and then will ""add another $0.01 or $0.02 worth"" for 2004 and 2005 originations. In the second quarter, the bank reserved $220 million to cover repurchase claims.

German says, though, that it's anticipated the number of files reviewed by Freddie Mac will decrease. Even after expanding the pool of non-performing loans subject to examination by two years, the GSE expects to request fewer loan files in 2013 than it did in 2012, according to German.

""We are also more committed than ever to working with lenders to resolve any issues involving our loans in a transparent and mutually beneficial manner,"" German said.

Still, the risk attached to older, legacy assets raises concerns among bankers. ""That's the reason the mortgage business gets harder to love, because you don't know whether or not you're done with it,"" Davis told an analyst in the Q&A segment of his presentation.

""There used to be kind of a statute or an unspoken statute of how long you could hold a transaction, sell a transaction, underwrite a transaction, or close out a deal,"" Davis remarked. But now, he says you see this same type of scrutiny and liability in other places, coming from different agencies wanting to ""reach back"" to double-check lenders actions. ""Even if the rules were right then, even if that own agency approved [the loan] then, it seems that it still is at risk,"" Davis said.

Davis told investors he is Ã¢â‚¬Å“quite concernedÃ¢â‚¬Â about the banking business next year. Ã¢â‚¬Å“I donÃ¢â‚¬â„¢t like what I see,Ã¢â‚¬Â he said. With low interest rates and the rising costs of adhering to new regulations, Davis believes banks will see smaller returns. ""This economic environment is challenging,"" he said.

U.S. Bancorp reported increased earnings in the third quarter, up 16 percent with a 5.9 percent quarterly rise in mortgage banking revenue. 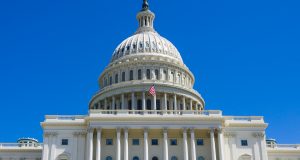 After getting her start on the legal side of the industry, Jane Kennedy brings 20-plus years of default management and loss mitigation experience to her new role with national mortgage services provider.