The Metro Tex Association of Realtors, ""DFWRealtors"":http://www.dfwrealtors.com, reported a 23 percent increase in North Texas existing-home sales during the month of February compared to January of 2009.
According to the ""Texas A&M Real Estate Research Center"":http://recenter.tamu.edu/ and ""North Texas Real Estate Information Systems"":http://www.ntreis.net/, in February, 5,126 houses were sold in Tarrant, Dallas, Denton, and Collin counties in North Texas. In January, 3,972 homes were sold in the region.
DFWRealtors President Howard Zielke says the increase in sales comes at a perfect time in North Texas, calling the February numbers ""great news.""
""Traditionally, spring kicks off the home-buying season,"" Zielke explained. ""More and more home buyers are learning about the $8,000 tax credit and the impact it can have when deciding to purchase a house.""
Zielke said he expects a boost in North Texas home sales as buyers who have been waiting for additional housing provisions in the economic stimulus package, such as the tax credit, step off the sidelines.
Zielke also praised the Federal Reserve's announcement last week to purchase an additional $750 billion in mortgage-backed securities (MBS) to drive down mortgage rates even further. ""This is great news for American home buyers and homeowners because mortgage interest rates will continue to remain at historic lows. That along with a large inventory of homes makes now a great time to buy,"" Zielke said.
The ""National Association of Realtors"":http://www.realtor.org/press_room/news_releases/2009/03/february_existing_home_salesxLID=RONav0021 (NAR) said Monday that first-time home buyers boosted the sales of existing homes across the nation. Existing-home sales jumped 5.1 percent in February from the number of units sold in January. According to NAR Chief Economist Lawrence Yun, nationally, first-time buyers accounted for half of all home sales last month. 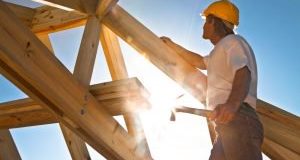