NAR Speculates on Future of Housing at Realtor Expo

The ""National Association of Realtors"":http://www.realtor.org/ (NAR) offered up its predictions on housing as the market deals with the effects of low inventory.

According to a release, Yun expects existing-home sales to increase to nearly 5 million this year, then grow to an annual rate of 5.3 million sales in 2014, and rise up to 5.7 million in 2015.

Dramatic price increases are also expected to continue this year.

""Double digit price gains are within reach in 2013 because inventory is bouncing near 13-year lows, but some relief to inventory will occur later in the year,"" Yun said.

NAR projects the median existing-home price will increase to about 8 percent this year from 6.4 percent in 2012, and then slow to 5 percent in 2014.

Yun also estimates 51 percent of renters are financially qualified to purchase a home. This is a drastic increase from 24 percent in 2005. Yun's calculation, however, left out credit scores since they were unknown.

""Just looking at the financial qualifications, this means there about 8 million more renters with the income necessary to buy a home now than in 2000, but they are choosing not to, or are unable to become a home owner,"" he said.

If credit standards ease up a bit and return to what NAR calls ""normal,"" the association predicts even further gains in home sales of 15 to 20 percent.

Normal, according to the NAR, is about 720 for conventional loans and 660 for FHA loans.

Overall, the NAR says the commercial real estate market is showing improvement in terms of sales, with the multifamily sector leading growth.

Interesting, Yun warned of a ""potential mini-bubble"" that might be forming around the apartment sector.

""A bubble for the apartment sector is not out of question,"" said Yun. ""Apartments are in high demand and multifamily financing is easier to obtain.""

Previous: Report: Foreclosures Led to Loss of $192B in Wealth in 2012
Next: Butler & Hosch in Final Stages of Cal-Western Acquisition 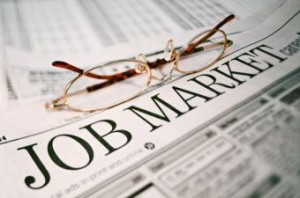 In The Week Ahead: get the latest on how many homeowners are out of work, as well as new data for h investors on default risk.