One of the industry's most-closely watched barometers has quelled recent optimism that residential real estate had found its footing on solid ground. The ""S&P/Case-Shiller Home Price Index"":http://www.standardandpoors.com/indices/sp-case-shiller-home-price-indices/en/us/?indexId=spusa-cashpidff--p-us released Tuesday revealed a 3.2 percent[IMAGE]drop in property values during the January to March quarter of 2010, when compared to the level of home prices at the end of 2009.

Market observers are calling the numbers ""disappointing"" and a tell-tale sign that the anemic housing market is not out of the woods yet. According to S&P, housing prices have rebounded from crisis lows, but are now showing renewed weakness with tax incentives ending and foreclosures still climbing.

Still, there was a nugget of positive news within the stats. The first-quarter national reading was 2 percent above year-ago price levels. It marked only the second S&P report in more than three years thatÃ¢â‚¬â„¢s shown annual price differentials in the positive column. Last month, the company reported that home prices in February were nearly 1 percent higher than the year before.

For the month of March, the studyÃ¢â‚¬â„¢s 10-city and 20-city composites recorded annual gains of 3.1 percent and 2.3 percent, respectively. These two indices have seen improvements in their annual rates of return every month for the past year.

Eighteen of the 20 metro areas posted better annual returns in March compared to February data. Atlanta and Charlotte were the only exceptions. Las Vegas was the only city to still post a double digit annual decline at the end of March 2010.

Ã¢â‚¬Å“The housing market may be in better shape than this time last year; but, when you look at recent trends there are signs of some renewed weakening in home prices,Ã¢â‚¬Â said David M. Blitzer, chairman of the index committee at Standard & PoorÃ¢â‚¬â„¢s. Ã¢â‚¬Å“In the past several months we have seen some relatively weak reports across many of the markets we cover.Ã¢â‚¬Â

Blitzer noted that 13 of the metros covered in the study saw home prices drop between February and March.

Ã¢â‚¬Å“It is especially disappointing that the improvement we saw in sales and [homebuilding] starts in March did not find its way to home prices,Ã¢â‚¬Â Blitzer said. Ã¢â‚¬Å“Now that the tax incentive ended on April 30th, we donÃ¢â‚¬â„¢t expect to see a boost in relative demand.Ã¢â‚¬Â

According to S&PÃ¢â‚¬â„¢s analysis, from the recent 2009 Q1 trough, home prices grew nationally by 6.5 percent over the second and third quarter of 2009. From there, though, the fourth quarter of 2009 and the first quarter of 2010 saw a combined pull back of 4.2 percent.

FHFA reports a drop of 1.9 percent in prices during the first three months of this year, when compared to the previous quarter. But unlike the S&P report, the GSEsÃ¢â‚¬â„¢ data also shows a year-over-year decline Ã¢â‚¬" a fall-off of 3.1 percent in Q1 versus a year earlier.

Housing to Benefit From Global Uncertainty? 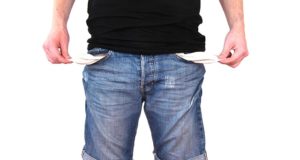 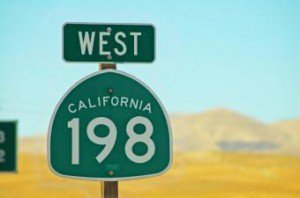 Gov. Gavin Newsom's new bureau will overhaul the existing Department of Business Oversight and rename it the Department of Financial Protection and Innovation.