Out of the 52 metros tracked, Albuquerque, New Mexico, was the only market to experience a yearly decrease after prices fell 4.2 percent.

Thirty-one out of the 52 metros experienced an annual increase in sales, and 13 of those areas reported double-digit gains.

""Summer sales are traditionally the strongest of the year, but this year we're seeing sales at a double-digit pace above last summer,"" noted Margaret Kelly, CEO of RE/MAX, LLC. ""Even after the recession, interest in homeownership remains quite high. Low mortgage rates and attractive home prices are still creating opportunities with the best home affordability the market has seen in years.""

According to RE/MAX, it's still a seller's market, with supply at 3.9 months. In addition, inventory fell 23.9 percent from June 2012, and from May to June, inventory decreased 2.3 percent.

On an annual basis, 49 out of the 52 metros had lower levels of inventory compared to last year.

On the upside, 18 metros saw inventory increase on a monthly basis, though RE/MAX stated, ""the problem of low home inventories may be in the early stage of a rebound.""

Homes were taken of the market at a faster pace in June, with days on the market at the lowest level in a year. Last month, it took 65 days for a home to get sold after getting listed, down from 84 days in June 2012 and 70 in May.

Why Are Americans Putting Off Selling Their Homes? 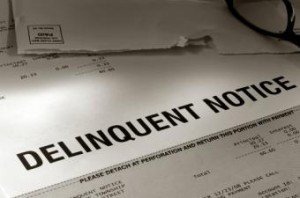 This past September is the first month—since COVID-19 first began effecting the economy—to record a ...