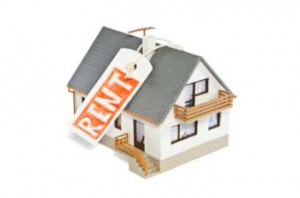 Analysts at "HomeVestors":http://www.homevestors.com and "Local Market Monitor":http://www.localmarketmonitor.com say the formula for a nearly risk-free single-family investment opportunity is one part job growth, particularly in lower paying jobs, and one part population growth, mixed with relatively low home prices.
[IMAGE] The fourth quarter report put out jointly by the two companies aggregates the 10 best and worst major markets for investing in single-family homes as rentals.

The companies' analysts say the markets on the top-10 list hold "considerable" opportunities for investors. While these markets all experienced strong appreciation, they are still underpriced by as much as 28 percent according to the report. The 10 markets cited as the top single-family rental investment opportunities at year-end are:

"Our fourth quarter data shows that investing in single family homes as rental properties remains a good bet in many markets, particularly in Texas and Oklahoma with their low unemployment rates and ability to profit for years from new shale oil and gas development," said Ingo Winzer, president and founder of Local Market Monitor.

On the other hand, all 10 of the markets cited in the report as the riskiest for single-family rental investments continue to experience shrinking populations, along with weak job growth. These include:

David Hicks, HomeVestors co-president, notes that investment risks remain low in most markets across the country as long as investors don't over-pay for properties. "Only seven of the top 100 markets continue to be ranked as 'speculative,'" Hicks said.