Government regulators are poised to shutter Guaranty Financial Group Inc. on the heels of last week's takeover of Colonial Bank, feeding concerns about a new widespread collapse in the banking system and the Federal Deposit Insurance Corporation's ability to handle it.

While previous bank failures in the current recession were largely attributable to bad loans the institutions made, recent trends suggest vulnerabilities among banks that seemingly did everything right, investing in securities that were backed by other banks' toxic loans but came recommended by ratings agencies and analysts.

That appears to be the case with Guaranty, which was sunk by an investment portfolio that had $3.5 billion in securities based on balloon mortgages in the foreclosure hotspots of Florida, California and Arizona.

Default rates as high as 40% meant major write-downs on Guaranty's securities, which emptied the bank's coffers of capital, the Wall Street Journal reported Friday on its front page.

If it goes under, Texas-based Guaranty would represent the 10th largest bank failure in U.S. history.

Last week, the FDIC took control of four troubled banks, bringing its total on the year to a record 77 banks in its receivership - three times the 2008 total, which was more than eight times the total for 2007.

The biggest of last week's failures, Colonial Bank of Montgomery, Alabama, was the fourth-largest bank collapse ever in the U.S., "DS News reported.":http://dsnews.comarticles/troubles-continue-for-community-banks-across-country-2009-08-17

Branch Banking and Trust took over Colonial's Assets and reportedly wrote down the bank's construction loan portfolio by 67 percent. The FDIC estimates taxpayers will lose about $3 billion on the Colonial deal.

Wade Vandegrift of Red Pine Advisors LLC, a New York company that helps small banks price and unwind nonperforming assets, told the Journal his business was booming, and no end was in sight.

"Some of these banks that made these investments didn't know what they were buying," he said. "Others just bought too much." 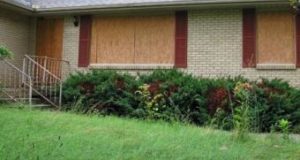 On this episode of DS5: Inside the Industry, Auction.com SVP Jesse Roth delves into how foreclosure volumes can be impacted by coronavirus. He also discusses how technology can aid in disposition in today’s socially distanced environment.