Existing-Home Sales Post Worst Showing in More than a Decade

Sales of previously owned homes in the United States plummeted 27.2 percent in July compared to the previous month, according to data released Tuesday by the ""National Association of Realtors"":http://www.realtor.org (NAR).
[IMAGE] The market was bracing for a noticeable falloff as payback for the homebuyer tax credits that pulled sales forward into the spring months, but the reality was worse than projected Ã¢â‚¬" reportedly nearly double the decline analysts were expecting.

The July plunge pushed ""existing-home sales"":http://www.realtor.org/wps/wcm/myconnect/RO-Content/ro/research/research/ehsdata down to an annual rate of 3.83 million units, compared to the 5.26 million pace recorded in June. The latest sales numbers are 25.5 percent below July 2009, and are at their lowest level since May of 1995.

He remains optimistic, however, that these factors could propel a quick sales recovery provided the economy adds jobs. That boost could be farther away than it is near, though, given the deep erosion of the nationÃ¢â‚¬â„¢s employment picture and recent increases in jobless claims.

Yun did note that Ã¢â‚¬Å“even with sales pausing for a few months, annual sales are expected to reach 5 million in

2010 because of healthy activity in the first half of the year.Ã¢â‚¬Â

With the poor sales showing, total housing inventory at the end of July increased 2.5 percent to 3.98 million existing homes available for sale, which represents a 12.5-month supply at the current sales pace. ThatÃ¢â‚¬â„¢s up significantly from an 8.9-month supply in June, however raw unsold inventory is still 12.9 percent below the record of 4.58 million homes in July 2008.

Price points for pre-owned homes were the one bright spot in NARÃ¢â‚¬â„¢s report, holding steady despite the drop in sales. The national median existing-home price last month was $182,600, up 0.7 percent from a year ago.

Yun credits the homebuyer tax credits for keeping home values stable for the past 18 months despite heavy job losses. He says home values are now back in line relative to income, and he doesnÃ¢â‚¬â„¢t expect any measurable change in prices going forward.

He said, Ã¢â‚¬Å“The most worrying feature of the recent housing data is the absence of evidence of any underlying improvement in sales. All of the action earlier this year appears to have been driven by the tax credit. Mortgage applications for purchase have been moving sideways since June even as 30-year mortgage rates have headed into the low 4sÃ¢â‚¬Â¦.[A] sustained upturn will depend on an improvement in the jobs market, which at the moment is slowing down rather than gathering pace.Ã¢â‚¬Â

Previous: CBO Cuts Projected TARP Price Tag by Another $43B
Next: Prommis Appoints Industry Veteran to SVP of Sales and Marketing 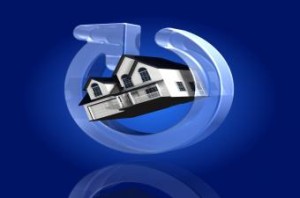