A U.S. district judge in Missouri has dismissed a recording fee suit filed by officials in Jackson County against ""Mortgage Electronic Registration Systems, Inc."":http://www.mers.org (MERS), on the grounds that the county ""cannot enforce a nonexistent obligation.""

MERS' parent company, Merscorp Holdings, Inc., announced Tuesday that U.S. District Senior Judge Ortrie D. Smith of the U.S. District Court for the Western District of Missouri, Western Division, ruled in favor of MERS and on January 14, dismissed the five-count, putative class action lawsuit filed on behalf of Jackson County and all other similarly situated counties in the state of Missouri.

In _Jackson County, Missouri v. Merscorp_, Judge Smith ruled that Ã¢â‚¬Å“Plaintiff cannot recover for the failure to record.Ã¢â‚¬Â The suit--alleging unjust enrichment, civil conspiracy, and prima facie tort--sought declaratory and injunctive relief based on claims that MERS and its members failed to record deeds of trust assignments and therefore failed to pay the applicable county recording fees.

Judge SmithÃ¢â‚¬â„¢s order dated January 14, 2013, explains that Jackson County failed to state a claim for unjust enrichment because its claim is premised on the incorrect notion that MERS acted improperly by not recording subsequent assignments after initial deeds of trust were recorded.

Ã¢â‚¬Å“Here, Plaintiff has failed to state a claim for unjust enrichment Ã¢â‚¬Â¦ there is no duty to record assignments under Missouri law,Ã¢â‚¬Â Judge Smith wrote. While a benefit of priority is conferred by the Missouri recording statutes, the judge noted that Ã¢â‚¬Å“Ã¢â‚¬Â¦ Plaintiff does not allege that Defendants fail[ed] to pay the applicable recording fees for the initial deeds of trust that were recorded.Ã¢â‚¬Â

Missouri is the fifth state in which judges have granted MERS' motions to dismiss recording fee lawsuits, according to Jason Lobo, Merscorp's director of corporate communications.

Tagged with: Assignment of Mortgage MERS 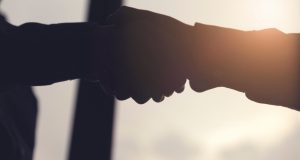