""Freddie Mac"":http://www.freddiemac.com increased its efforts to support greater transparency through the release of loan-level data for its single-family mortgages.

The dataset includes about 15.7 million fully amortizing 30-year fixed-rate single-family mortgages originated from 1999 to 2011, which represent about 53 percent of the GSEÃ¢â‚¬â„¢s mortgage acquisitions for that period.

Freddie Mac is making the data available under the guidance of its regulator, the ""Federal Housing Finance Agency"":http://www.fhfa.gov/ (FHFA).

""The Federal Housing Finance Agency (FHFA) is pleased that an important step toward returning private capital to the mortgage market occurred today. At FHFA's direction, Freddie Mac has released historical single-family, loan-level credit performance data. We expect Fannie Mae to release data-similar in detail and scope-in the near term,"" FHFA said in a statement.

The Single-Family Loan-Level Dataset can be accessed by visiting the ""Economics & Housing Research page online"":http://www.freddiemac.com/news/finance/sf_loanlevel_dataset.html.

The dataset includes information on credit performance information such as voluntary prepayments, repurchased and modified loans, and loans that became short sales, deeds-in-lieu of foreclosure, and foreclosure transfers.

""We are releasing a tremendous amount of data that will take a while for credit investors to absorb and develop updated models. As investors become familiar with Freddie Mac's Single-Family credit performance they will be in a better position to participate in any potential future credit risk-sharing transactions,"" said Donna Corley, SVP of credit pricing, structuring and securitization at Freddie Mac. 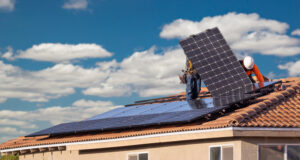 Ginnie Mae’s MBS Portfolio Grows by $23B in October New policy changes will improve the strength of the mortgage sector by increasing issuer liquidity by shortening the re-pooling seasoning requirement for reperforming loans from six months to three months.