According to ""an analysis authored"":http://www.scribd.com/fullscreen/58010854 by Patric H. Hendershott and Kevin Villani, responsibility for the failure of Fannie Mae and Freddie Mac falls directly on regulators and indirectly on their political overseers.
[IMAGE] Hendershott is a part-time chair in real estate economics and finance at the University of Aberdeen, Scotland. Villani is a consultant and former Freddie Mac chief economist.

""No other nation has such heavy government intervention in housing finance,"" Hendershott and Villani said. ""This hybrid system nurtured the excessively risky loans financed with too much leverage that fueled the U.S. housing bubble of the last decade and resulted in the systemic collapse of the global financial system.""

Published on the Cato Institute's Web site, the analysis pointed out that private and GSE prudential regulators

The result, the analysis argued, was an expansion of lower quality loans, which, ultimately, caused the financial crisis when many of those loans failed in the latter part of the last decade.

""We find no evidence that the United States housing market has unique characteristics requiring a hybrid GSE system,"" Hendershott and Villani said. ""Thus we conclude that the system and the political risks it is subject to are unnecessary.""

The analysts continued, ""Any U.S. housing finance policy that does not safeguard prudential regulation from political influence by separating housing subsidy from finance and eliminating government-induced distortions will result in another systemic failure.""

According to Hendershott and Villani, to re-privatize the GSEs while maintaining their political goals, or to create new, specially chartered enterprises that pursue those goals, would only exacerbate systemic risk.

The ""Cato Institute"":http://www.cato.org is a public policy research organization dedicated to the principles of individual liberty, limited government, free markets, and peace. Its scholars and analysts conduct independent, nonpartisan research on a wide range of policy issues. 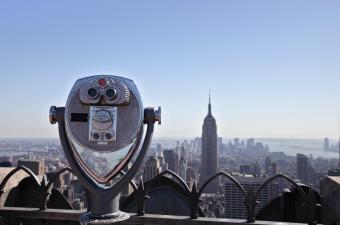