The firm also announced that senior managing director Kevin MacKenzie will be relocating from its Dallas office to Orange County, California, and will be in charge of the local debt placement and structured finance team there.

Coker and Crivella were previously co-heads of Cushman & Wakefield Sonnenblick GoldmanÃ¢â‚¬â„¢s Washington, D.C. debt and equity platform and arranged more than $6.5 billion of debt and equity transactions in their combined tenures there. Recent financing assignments include work on behalf of Clark Enterprises, Comstock, The JBG Companies, Archstone and Shooshan Companies.

Coker, who joins HFF as a managing director, has more than 12 years of commercial real estate finance experience. He has also worked as a senior analyst at Spaulding & Slye and as an analyst at Walker & Dunlop. Coker is a licensed real estate salesperson in Maryland, Virginia, and Washington, D.C.

Crivella joins HFF as a director and has more than six years of commercial real estate finance experience. While completing his degree at the University of Richmond, he interned at Legg Mason Private Client Group and Matrix Capital Markets Group. He also worked as a financial analyst at Jones Lang LaSalle, and is a licensed real estate salesperson in Virginia, Maryland, and Washington, D.C.

Ã¢â‚¬Å“With the addition of respected brokers such as Walter and Brian, plus their former colleague Susan Carras who

joined the firm in May, HFFÃ¢â‚¬â„¢s debt placement team is well positioned to serve our clientÃ¢â‚¬â„¢s growing needs in this ever changing capital markets environment both locally and nationally,Ã¢â‚¬Â said Steven Conley, executive managing director of HFFÃ¢â‚¬â„¢s Washington, D.C. office.

MacKenzie will assume the role of office head in Orange County along with senior managing directors Ryan Gallagher and Sean Deasy.

Since joining HFF in 2004, MacKenzie has been involved in more than $4.0 billion of commercial real estate financings for retail, office, multi-housing, and industrial properties nationwide.

Prior to HFF, he worked in strategic finance and business development roles at various venture capital backed technology companies in Silicon Valley. MacKenzie is affiliated with Urban Land Institute, International Council of Shopping Centers, and the Real Estate Council.

Ã¢â‚¬Å“HFF has purposely and strategically grown its West Coast presence over the past two years,Ã¢â‚¬Â said Mark Gibson, HFF executive managing director. Ã¢â‚¬Å“In that time frame, we have successfully recruited four significant investment sales teams in Orange County and San Francisco specializing in office, multi-housing, retail and industrial product types and also have expanded via the addition of many individual capital market specialists across our five West Coast offices.Ã¢â‚¬Â

Gibson added, Ã¢â‚¬Å“KevinÃ¢â‚¬â„¢s relocation to the West Coast and his promotion to an office head/leadership role is in keeping with our corporate mission, which is to identify future leaders of our business, quickly put them in positions, which appropriately match their leadership skills, and align interests to significantly grow our presence in a given market and/or business line.Ã¢â‚¬Â 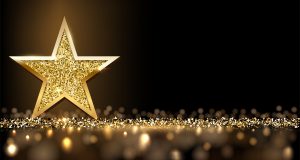 Ginnie Mae MBS Issuance Drops to $51.18B in March

More than 189,000 homes and apartment units nationwide were financed by Ginnie Mae to close out Q1 of 2022.