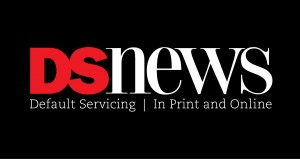 For those of you looking for cautionary notes going into 2014, I offer two items: jobs and loans.

Despite recent gains, which some of us believe are more of a mirage than an oasis, the economy still isn't creating enough good-paying full-time jobs to drive a full recovery in the housing market. This is particularly true among the millennials, who continue to live at home with mom and dad at near record levels.

Unemployment--and under-employment--among the 25- to 35-year-old cohort continue to be stubbornly high, which is having a chilling effect on the number of first-time homebuyers--the group that historically has fueled growth in the housing ecosystem. This has led to slower-than-forecast household formation, and increasingly, when new households are formed, they're rental households.

Some erstwhile buyers have simply decided not to enter into a long-term financial obligation for the time being. Others either don't have sufficient funds for a down payment or don't qualify for today's relatively strict lending requirements.

Those lending requirements--and a lending environment that I believe is going to get more challenging before it gets easier--are the other major headwinds that could slow down housing. While most forecasts are calling for a slight

uptick in purchase loans in 2014, it's easy to build a scenario that goes terribly wrong.

The Consumer Financial Protection Bureau's new Qualified Mortgage (QM) and Ability-to-Repay rules will exclude somewhere between 10-20 percent of borrowers who would have qualified for a loan in 2013. Most of the large banks will issue loans that fall squarely within QM guidelines, simply to avoid as much risk as possible. The one exception is likely to be jumbo loans, offered to ultra-qualified, high-net-worth individuals.

Another complication is lower loan limits proposed by Fannie Mae, Freddie Mac, and the Federal Housing Administration (FHA). These lower limits will make it more difficult for borrowers in high-priced housing markets to get loans. Those who do qualify for loans will pay more--the Federal Housing Finance Agency (FHFA) recently announced hikes in the GSEs' guarantee fees and a new, higher payment schedule for borrowers who fall within certain FICO and down payment measures. The FHA has also increased insurance premiums, particularly on its lowest down payment products.

Some believe that by raising costs and limiting loan amounts, the government will drive private capital back into the market, but that seems unlikely until regulatory and litigation risks have subsided, and until loans can be priced appropriately to risk. At some point in 2014, private capital will probably return, along with a more functional secondary market. Then non-bank lenders can come to market with loans available to less-than-perfectly-qualified borrowers, but at significantly higher interest rates.

Higher interest rates, which are inevitable, will begin to erode affordability levels, even with home prices still well off the peak numbers reached during the housing boom. The primary culprit isn't high interest rates or rising home prices, but lower median incomes and wage stagnation over the past five years.

So which will it be: Full speed ahead, or trouble around the bend? If nothing else, 2014 promises to be a very interesting year.

_Rick Sharga is EVP for ""Auction.com"":http://www.auction.com. Look for the second part of his 2014 commentary on Friday._