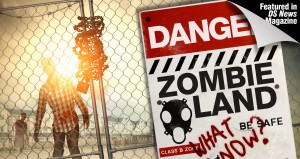 Special Print Feature, originally appeared in the May 2013 issue of DS News Magazine.
By Georgie Palafox

Vacant foreclosures pose risks and challenges to investors, servicers, and their partners in the field and can have devastating effects on local communities.

We all know the devastation that vacant homes can inflict on our communities, from inviting crime, vandalism, and other sordid neighborhood activity to wreaking havoc on tenuous area property values. That alone is reason enough to curtail periods of vacancy for the still-burgeoning population of soon-to-be foreclosed properties choking. And then, add to the equation that firsthand anecdotal evidence and incontestable statistical data clearly documents how beneficial it is to solidifying recovery when foreclosures run their course (and quickly).

These aren’t edifying revelations—they’re innate market realities that property preservation specialists and their servicer clients see played out almost every single day. But when there are still i’s to dot and t’s to cross before a final foreclosure judgment is rendered, those working in the field risk a trespassing charge if they take control of maintenance before “ownership” reverts back to the investor or lender.

This scenario is more common and more widespread than many are aware of, and it’s giving way to a pseudo-phenomenon that’s been termed “zombie foreclosures,” feeding off of unsuspecting absentee homeowners and banks whose hands are tied with bureaucratic red tape.

Zombie foreclosures are properties abandoned by the homeowner once notice of default is served. Foreclosure proceedings have been initiated but not completed, leaving the runaway homeowner legally responsible for fees incurred, property taxes, and maintenance costs. ng in jurisdictions across the country—particularly judicial states—the problem is only getting worse.

Once the homeowner leaves, it’s generally likely that the property will not be maintained, which can lead to code violations. Empty homes are like an open invitation for vandals, criminals, and even squatters. And on top of that, unpaid real estate taxes begin to pile, as do homeowner association fees and other housing-related costs. Before long, this situation has snowballed into a whole new set of even bigger problems—problems that the homeowner can still be held liable for despite the fact that they aren’t present and have probably already washed their hands of the place they used to call home.

Former homeowners are stunned when they’re billed by the city or their mortgage company for past-due homeowner association (HOA) fees, or in the worst cases, for graffiti-cleaning services, appliance replacement costs, or demolition crews. An already unpleasant situation for the homeowner can quickly turn worse should the foreclosing lender or investor decide to rightfully invoke wage garnishments or intercept their tax refund.

A national study conducted by RealtyTrac found 301,874 zombie foreclosures caught in pipelines across the United States. That tally equates to 35 percent of all properties in foreclosure. As Shari Olefson described it in a DSNews.com article published in late March, both the homeowner and title are caught between this world and the next, like a zombie.

Neglect and deterioration take hold with no homeowner around to maintain the upkeep of the property, and the foreclosing lender or investor can only stand by the wayside as the lawn goes uncut, debris builds up, and even worse, the emptiness of the home beams like a beacon, attracting the unwelcome attention of vandals, squatters, thieves, and other criminals.

This property purgatory begets increased crime and degradation of property values, and it all inevitably comes down to the same question posed by neighbors, code enforcement officials, local businesses, and other concerned parties: Who is responsible for the property?

Regulations and guidelines are increasing as part of a government strategy to protect homeowners. However, these new standards can present serious obstacles when it comes to alleviating other consequences, such as neighborhood eyesores and property deterioration that result when homes are not maintained by the entities that own them.

Zombies are the walking dead amongst the living—these were once homes thriving with life and activity, but they’re now slowly converting neighborhoods into graveyards of lifeless, neglected homes because the responsibility of the property has fallen into limbo.

Cities have an obligation to their communities to do what they can to address such issues. Some cities are using public funds to secure, clean, and stabilize these non-revenue-generating properties, while others are allowing them to decay.

Property preservation companies, in fact, want to take over maintenance of these homes as early as possible. Their motivation is two-fold: One, by providing proper maintenance from the beginning, these specialists can ensure properties are in market-ready condition and occupied by new homeowners sooner rather than later and at less costs; and two, as soon as they can gain access, they are able to minimize the negative effects deteriorating properties have on the surrounding neighborhood in support of responsible community stabilization—a priority at the top of all property preservation companies’ lists.

Experts say there are 10.9 million homeowners in the United States at risk of falling into foreclosure because they are underwater on their mortgages—meaning they owe more than the home is worth. If the homeowner can’t make their payments, those homes are well on their way to zombie status too, RealtyTrac’s Daren Blomquist says.

Do zombie properties pose a threat to the housing industry? “I think empty foreclosures [are] less of a long-term threat,” Blomquist said, “but it certainly is affecting individual communities and neighborhoods.”

According to RealtyTrac’s report, some parts of the country have been heavily impacted by the zombie phenomenon. Five U.S. states—Washington, Indiana, Kentucky, Nevada, and Oregon—have zombie houses representing more than 50 percent of foreclosures in-process. Florida has the highest count of zombie homes with more than 90,000 vacant foreclosures. Illinois and California follow, with more than 31,000 and 28,000, respectively.

A handful of jurisdictions recently passed laws allowing them to fast-track foreclosure on empty, abandoned homes. The legislation aims to alleviate the impact of these vacant properties on the local market and surrounding homes, as well as rein in costs incurred by local governments.

Judicial foreclosures in Illinois take an average of two years to complete. With one of the longest foreclosure timelines in the country, it’s one of only five states where the GSEs want to hike guarantee fees to help cover costs tied to the longer periods of default servicing. Illinois’ Senate Bill 16 takes effect June 1 and creates a procedural track for getting vacant properties out of the system within an estimated seven months as opposed to 24.
New Jersey followed suit with its own Senate Bill 2156, which requires servicers to establish vacancy and present such evidence to the courts. The law is expected to cut processing time from an average of 1,002 days to between 60 and 120 days.

Colorado has had legislation in place to speed foreclosure on abandoned and blighted properties since August 2010, though local practitioners say it is not invoked very often. Several other states, including Ohio and Florida, are considering implementing their own foreclosure fast tracks for abandoned homes subject to foreclosure.

So what can property preservation companies, banks, and municipalities do to overcome the challenges posed by vacant foreclosures?
Property preservation companies can be utilized to inspect homes for vacancy from the get-go. Once the property is determined vacant, the municipalities should enforce their local Vacant Property Registration ordinances. It’s also a good idea to institute monthly inspections of the property to create an added layer of security by ensuring the zombie property remains free of squatters and criminal activity.

Securing the abandoned property is an essential next step to preservation, but this can pose its own dangers if full disclosure is not given as to whether the property is in fact undergoing foreclosure. Even the shortest periods of vacancy with no responsible party create windows of opportunity for negative forces to take root. Because the property preservation company hasn’t been notified to inspect the property for vacancy, banks are called upon by local officials to attend to the cleanup, possibly incurring fees and code violations all while title to these abandoned properties remains in the homeowner’s name.

In the seemingly unending battle to minimize property eyesores, communication is essential for properly maintaining homes—both pre- and post-foreclosure. It is vital to the marketability of a property that servicers keep their field service partners fully informed as to their intentions for the property: Is the plan to foreclose and repossess? Is the home slated for a specific purpose once it becomes REO? Is it to be turned over to the city or county as part of a larger public-private collaborative project? Or is demolition the least costly option for all stakeholders? Homes can take a number of unique paths both during and after foreclosure, and each one commands a specific level of maintenance and preservation that must be clearly communicated between all involved parties.

Other collaborative initiatives might include partnering with local housing agencies, consumer advocacy groups, and nonprofits to support community-wide efforts of stabilization, or joining forces with local government officials to demonstrate a united front—oftentimes, public funds can be used to support property improvements and renovations if it will help get a new owner into the home quicker. After all, we all share the common goal of rebuilding our neighborhoods as healthy, vibrant, and sustainable housing markets that are alive with possibility.