For get prices. Forget mortgage rates. The main driver of housing demand—according to three separate and distinct market studies—is confidence, primarily assurance that the value of the home will increase over time.

“A setback to confidence means a setback to the recovery of the housing market,” according to Doug Duncan, chief economist at Fannie Mae. Karl E. Case of Wellesley College, Robert J. Schiller of Yale—namesakes of the often touted and quoted Case-Shiller Home Price Index—and Anne Thompson of McGraw Hill Construction studied the results of 11 surveys conducted over a 14-year period (first in 1988 and annually since 2003) to understand the forces that led to the development and then the bursting of the housing bubble and to determine which buyers understood the market and whether their perceptions matched reality. The trio acknowledges that the origins and end of the market bubble were studied extensively but “one aspect of this episode in the housing market has not received the attention that it deserves: the role of expectations,” they said. “What were people thinking when they bought a home?”

Housing, economists observe, is unique among purchase and investment decisions. For the owner-occupant, buying a home is more than merely buying shelter because of the investment component, and similarly it provides the owner-occupant an investment vehicle while filling an immediate consumption need.
At the time of purchase, a buyer of a capital asset buys a flow of services and benefits that will all come in the future, which is always uncertain.
“To buy a house an individual (or a household) must make a series of very difficult decisions that will in all likelihood impact their lives forever,” Case, Shiller, and Thompson wrote. “In virtually every case, a buyer walks into a closed room and writes a check and signs an offer sheet or a purchase and sale agreement. Anyone who ever signs an offer sheet, reads a building inspector’s report, or wonders what would happen if she lost her job, knows the decision is emotional, personal, and difficult.” But the decision process, they said, is more than “the process of thinking about the future, calculating subjective costs, risk aversion, and preference formation, all difficult topics for economists. It is really about what goes on in the minds of buyers.”

What happens in the market, they said, “depends on the behavior and attitudes of millions of individual participants, foremost among them: buyers.”
Their study tracked perceptions in four metropolitan areas: Middlesex County, Massachusetts, in the Boston-Cambridge-Quincy metropolitan statistical area (MSA); Orange County, California, in the Los Angeles-Long Beach-Santa Ana MSA; Alameda County, California, in the San Francisco-Oakland-Fremont MSA; and Milwaukee County, Wisconsin, in the Milwaukee-Waukesha-West Allis MSA. They measured responses to questions about anticipated housing trends and found buyers had a good understanding of what was happening to house prices at the time of the survey and were not lured by prospects of huge future gains.

“Over the cycle,” they said, “buyers in boom cities were very much aware of contemporaneous changes in house prices and … were, if anything, out in front of changes that were occurring. When house prices turn down, buyers are cognizant of it.”

In many instances, buyers had a better sense of the market than professionals, the trio concluded. The survey data “show that buyers were, if anything, out in front of short-term changes that were occurring and that homebuyers’ short-run expectations under-reacted to the year-to-year changes in actual home prices … since most homebuyers own their homes for many years, [long-term expectations] are arguably the more important determinants of housing demand,” they said.

Buyers, the study found, anticipated a market downturn in 2004—two years before prices peaked. Homebuyers are “very much aware of trends in house prices at the time they make a purchase. There is a strong correlation between the descriptions that the [survey] respondents give to their perceptions of price trends and actual movements in prices,” according to Case, Shiller, and Thompson.

“Since homebuyers are likely an upward-biased sample of the population, in terms of their expectations, the perceived investment opportunity may be even lower for the general population,” they wrote in their paper for the National Bureau of Economic Research. “A survey of professional forecasters run by Pulsenomics LLC suggests that the professionals may have lower long-term expectations for home prices.”

The researchers note there was a clear change in public perception during the two years between 2004 and 2006. During that time, they say, there seems to have been an emergence of an idea, in media accounts, that there are such things as bubbles and that the bubble might be expected to burst. Over this two-year period, there were a number of analyses of bubble arguments, at such a level that few homeowners could grasp the issues. They must have viewed the news accounts of these debates as a sporting event, whose outcome is very uncertain.” According to the Case-Shiller-Thompson survey, where are prices going?

“Perceptions of where prices are headed turned more positive and expected short-term appreciation in home prices improved in 2012,” they found. “But, at the same time, long-term expectations continue [to] weaken. Thus, while a recovery may be plausible and home prices have been rising fairly strongly in recent months, we do not see any unambiguous indication in our expectations data of [a] sharp upward turning point in demand for housing that some observers, and media accounts, have suggested.” Price and value expectations, according to a separate study, are only one part of the equation, and buyers can easily be influenced.

Meghan R. Busse of the Kellogg School of Management at Northwestern University, Devin G. Pope of the Booth School of Business at the University of Chicago, Jaren C. Pope of Brigham Young University, and Jorge Silva-Risso of the School of Business Administration at University of California, Riverside studied what they called “projection bias” in homebuying decisions. “Projection bias,” they wrote, “refers to … the adage, ‘never shop on an empty stomach,’” which, they said, is “a caution against projection bias: consumers are likely to over-predict the degree to which their future selves will appreciate the purchases that their current selves crave.”

In their study, they developed a methodology that enabled them to estimate the value that certain house characteristics (e.g., a swimming pool or central air) have at different times of the year by looking at two different sales for a single house while also controlling for variation in overall housing trends across time and space.

(They also studied projection bias in auto purchases and found similar projection bias. The choice to purchase a convertible, a four-wheel drive, or a black vehicle is highly dependent on the weather at the time of purchase.)
“From a policy perspective,” they said, the results “suggest that consumers would benefit from laws designed to help them better evaluate their decisions,” providing for a “cooling-off period” for certain purchases. While the Federal Trade Commission has an explicit cooling-off period for some transactions, it does not apply to real estate.

Expectations and projection bias are also affected by confidence. Anat Bracha, an economist in the research department at the Federal Reserve Bank of Boston, and Julian C. Jamison, a senior economist at the Federal Reserve Bank of Boston, looked at whether the recent U.S. housing crash affected individuals’ confidence in homeownership. During the Great Recession, they noted, the value of residential real estate fell by more than $4 trillion in 2007 and 2008, but nonetheless a Pew Research Center survey of 2,000 U.S. adults in March 2012 found, surprisingly, that 37 percent still strongly agreed that “buying a home is the best long-term investment a person can make.”

Although homeownership has fallen since the crisis, they say it is, “nevertheless remarkably stable: the homeownership rate fell from 69.2 percent at its apex in mid-2004 to 66.5 percent at the end of 2010. . . . Given the drop in real estate values, the persistent belief in the value of homeownership seems to reflect attitudes that go beyond financial rationales.” They looked at several datasets to match ZIP-code-level declines in housing prices and foreclosures with responses to questions that were added to the monthly Michigan Survey of Consumers and found a surprising result.

“Merely possessing information about an adverse event is not enough to change behavior—rather, something like direct experience is required to change an individual’s confidence in homeownership,” they concluded. “People who did not personally suffer a loss from the housing crash or know someone close to them who did do not show a similar divergence in confidence.” But, they cautioned, real estate prices mainly had a negative effect on younger individuals’ confidence in buying a home while the drop in house prices led to more confidence in the financial soundness of buying rather than renting a home among older individuals.

“Older individuals have a fixed set of beliefs and interpret the crisis as a temporary decline from a known trend,” according to Bracha and Jamison. “Younger individuals who personally experienced the recent drop in house prices tended to have lower confidence in buying a home, a finding consistent with the idea that their beliefs are still flexible and can change over time.”
Whether young or old, a first-time homebuyer or an investor in many properties, the age-old adage of “perception is reality” rings true. In the end, what it really comes down to—no matter the market cycle—is the mindset of the American consumer. Without confidence and conviction, the market is certain to plod along no higher than it is now, but return those sentiments to the public psyche, and the market is poised for a measurable rebound. 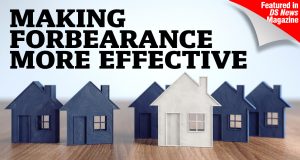 The Importance of Communicating With Struggling Borrowers 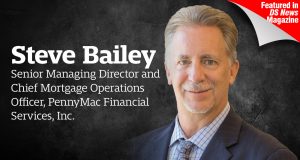 How Servicers Can Assist Struggling Borrowers 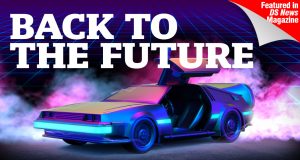 Back to the Future With California’s Regulatory Reforms 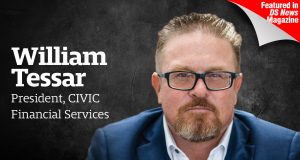 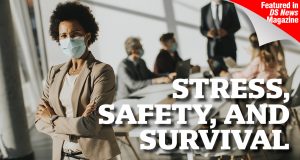 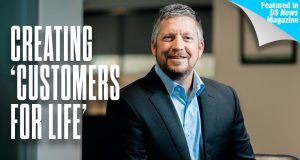 Editor’s note: this piece originally appeared in the October edition of DS News. Hidden deep in ...