American Home Mortgage Servicing Inc. (AHMSI) signed a settlement with Massachusetts Attorney General Martha Coakley agreeing to implement a consent judgment between the Commonwealth of Massachusetts and Option One Mortgage Corporation, which AHMSI acquired in April 2008. In conjunction with the settlement, Coakley also dismissed claims against Coppell, Texas-based AHMSI. The servicer did not incur civil penalties or any other costs.

END_OF_DOCUMENT_TOKEN_TO_BE_REPLACED

The Law Offices of Marshall C. Watson, P.A., a Fort Lauderdale, Florida-based provider of legal services to mortgage lenders and servicers, recently announced that former Broward Chief Circuit Judge Victor Tobin has joined the firm as general counsel. Tobin will oversee the attorneys and ensure best practices are followed and foreclosure procedures are enhanced, according to the firm.

END_OF_DOCUMENT_TOKEN_TO_BE_REPLACED

AIG Files Suit Against BofA While Opposition to Settlement Continues

American International Group Inc. (AIG) filed a lawsuit Monday against Bank of America claiming the bank's subsidiaries, Countrywide and Merrill Lynch, withheld information from its investors regarding loan quality. AIG hopes to secure more than $10 billion from BofA to recover losses resulting from the alleged non-disclosures. The insurance company accuses BofA of giving investors a false account of the performance of its residential mortgage-backed securities. BofA maintains that AIG is responsible for its own losses and rejects AIG's accusations of fraud.

END_OF_DOCUMENT_TOKEN_TO_BE_REPLACED

In its own private negotiations with state attorneys general and officials at HUD and the U.S. Justice Department, Bank of America is reportedly bringing principal reductions to the bargaining table. BofA and four other mortgage servicers have been in discussions with state and federal officials to settle investigations into foreclosure practices involving faulty paperwork and illegal affidavits, but talks have stalled. To move things along, BofA has put forth its own proposal for principal write-downs in exchange for liability protections.

END_OF_DOCUMENT_TOKEN_TO_BE_REPLACED

MERS Bows Out of Foreclosure and Bankruptcy Proceedings 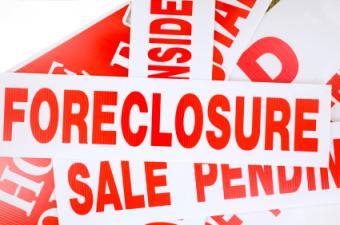 Mortgage Electronic Registration Systems, Inc. (MERS) is withdrawing from the foreclosure business. MERS has issued a notice to its members stating that no foreclosure proceeding may be initiated and no legal proceedings in a bankruptcy may be filed in the name of MERS. Amid an onslaught of court filings and foreclosure-related investigations, MERS proposed a rule change in March banning its members from using MERS as the foreclosing agent. The policy change has officially been adopted.

END_OF_DOCUMENT_TOKEN_TO_BE_REPLACED

A Handful of Attorneys General Object to Proposed Bank Settlement

Several state attorneys general are voicing objections to the proposed settlement with the nation's top mortgage servicers. Connecticut AG George Jepsen has requested meetings with four of the largest lenders to discuss their mortgage servicing practices, raising concerns about complaints consumers have made to his office and state officials. Several other state counsels have also launched their own investigations and worry that an overarching liability release could prove problematic for their cases.

END_OF_DOCUMENT_TOKEN_TO_BE_REPLACED

President Obama on Sunday announced his pick to lead the new Consumer Financial Protection Bureau (CFPB) - Richard Cordray, former attorney general for the state of Ohio. Cordray was selected to build out the Bureau's enforcement team in December. The president plans to formally nominate Cordray for the top post at the CFPB on Monday. His appointment must still be approved by the Senate.

END_OF_DOCUMENT_TOKEN_TO_BE_REPLACED

Thirteen defendants were indicted on mortgage fraud offenses involving nearly $13 million in fraudulent loans in Ohio, according to a statement from county prosecutor Bill Mason and the Cuyahoga County Mortgage Fraud Task Force. Defendants included a supervisor, account managers, and appraisers formerly working for Argent Mortgage Company. Argent was one of the largest home loan originators in Cuyahoga County from 2003 to 2005.

END_OF_DOCUMENT_TOKEN_TO_BE_REPLACED

The American Bankers Association has sent a letter to key lawmakers in the Senate, urging them to reject foreclosure legislation proposed by Sens. Jeff Merkley and Olympia Snowe. Their bill, tagged the Regulation of Mortgage Servicing Act, has been introduced as an amendment to a larger economic development bill being considered. It mandates an independent, third-party case review prior to foreclosure, among other things, and the bankers group says it would prolong the market correction by slowing down legitimate foreclosures.

END_OF_DOCUMENT_TOKEN_TO_BE_REPLACED

Michigan Attorney General Bill Schuette issued criminal investigative subpoenas this week against several third-party firms that provide support to national mortgage servicers. The move is part of the Office of the Attorney General's investigation into questionable mortgage documentation filed with the state's Register of Deeds offices during the current foreclosure crisis. The primary target is the firm DocX. Three other firms affiliated with DocX have also been subpoenaed.