Following a play by Democrats to defang Republicans' filibuster powers, the U.S. Senate voted Tuesday to confirm Rep. Mel Watt (D-North Carolina) as director of the Federal Housing Finance Agency (FHFA). The vote went 57-41 in Watt's favor, the Wall Street Journal reports. All Senate Democrats voted in favor of confirmation; they were joined across the aisle by Sens. Rob Portman (R-Ohio) and Richard Burr (R-North Carolina).

END_OF_DOCUMENT_TOKEN_TO_BE_REPLACED

Barclays forecast new non-agency RMBS issuance at $12 to $15 billion at the start of the year, and its latest research shows the market is on track to hit that mark. Contributing to that forecast are a few factors: First, Barclays notes, the capital costs of holding loans in portfolio will increase for many banks under Basel III, making securitization a more attractive proposition. Second, further hikes in guarantee fees (g-fees)--such as those mandated by the Federal Housing Finance Agency (FHFA)--could make for a more competitive private-label market.

END_OF_DOCUMENT_TOKEN_TO_BE_REPLACED

Impact of the California Homeowner Bill of Rights on Foreclosures

The California Homeowner Bill of Rights (HBR) is the main driving force behind the recent slowdown in foreclosure sales and short sales in the Golden State, according to a research report from Barclays. In addition to stalling the foreclosure process, provisions in the new bill, which took effect January 1, 2013, have also led to an increase in litigation risk for servicers, analyst at Barclays found. As a result of the HBR, Barclays believes ""servicers have become significantly more cautious when carrying out foreclosure sales"" in the state.

END_OF_DOCUMENT_TOKEN_TO_BE_REPLACED

Barclays: Why Repeat Mods Have Been Making a Comeback

The pace of modifications is slowing compared to the 2010 peak, but repeat modifications are on the rise, according to a recent research report from Barclays. Not only are mods returning for seconds, but researchers from Barclays also found remodifications perform more poorly than first-time mods. Barclays gave three reasons for the rise in repeat mods: first-time mods did not reduce payments enough, leading to higher re-defaults; servicers are taking advantage of HAMP principal reduction alternatives; and servicing transfers are leading to an increase in remodifications.

END_OF_DOCUMENT_TOKEN_TO_BE_REPLACED

Home prices reached a sustainable bottom during the first quarter of this year, according to Barclays' U.S. residential credit strategy team. In many markets, longer-term affordability measures point to equilibrium, the firm's analysts contend. While the floor appears to have materialized, they stress that home prices are likely to recover slowly over the next 4 to 5 years, increasing on average 3 to 4 percent annually. At that rate, Barclays' analysts explained, home prices will remain below their 2006 pre-crisis peaks until June 2021.

END_OF_DOCUMENT_TOKEN_TO_BE_REPLACED

Following a rigorous and thorough search process, Barclays Bank announced Thursday that Antony Jenkins has been appointed as director and CEO of the bank. Jenkins succeeds former CEO Bob Diamond, who was one of several officers who resigned in the wake of a rates manipulation scandal.

END_OF_DOCUMENT_TOKEN_TO_BE_REPLACED

Data in Barclays' newest Securitization Products Weekly suggests that distressed markets are outperforming others in home appreciation and paving the way for a broad-based housing recovery. Barclays waved off concerns about shadow inventory, saying it is more of a symptom than a cause of depreciation and speculated that the share of distressed homes is a more significant factor keeping home prices down. An increased REO stock should actually be taken as a positive sign for non-distressed prices, Barclays said.

END_OF_DOCUMENT_TOKEN_TO_BE_REPLACED

According to the firm's U.S. Housing report, single-family housing starts are expected to trend upward, matching the strength of multi-family starts that has driven the housing recovery over the past year. Barclays also anticipates that home price indices will close out the year strong, suggesting a broadening and lasting recovery. Based on improved affordability, increased demand, and falling inventory, the firm projected a year-over-year home price increase of 2.9 percent by the end of 2012.

END_OF_DOCUMENT_TOKEN_TO_BE_REPLACED 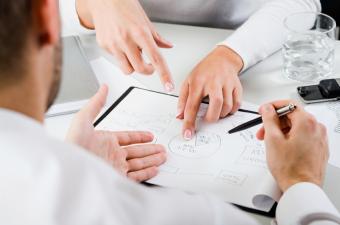 One week after announcing that CEO Bob Diamond stepped down in the wake of a rates manipulation scandal, Barclays: announced Tuesday that the bank reached an agreement with Diamond regarding the terms of his resignation. According to a release from Barclays, Diamond voluntarily offered to waive all of his deferred bonus awards and long-term incentive share awards. The release noted that consistent with his employment contract, Diamond will still receive up to a year's salary, pension allowance, and other benefits.

END_OF_DOCUMENT_TOKEN_TO_BE_REPLACED

Barclays was rocked when it was found that the bank's agents had manipulated the London Interbank Offered Rate (LIBOR) starting as early as 2007. The bank was fined hundreds of millions by British and U.S. authorities. As a result, a number of key figures have stepped down while Barclays prepares to launch a third party-led investigation into its practices. The news gets worse for the bank, however.