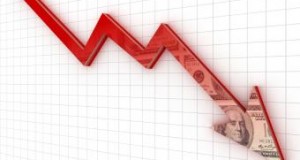 END_OF_DOCUMENT_TOKEN_TO_BE_REPLACED

The University of Michigan's preliminary Index of Consumer Sentiment report shows a drop in confidence for November--and Capital Economics' Amna Asaf is at a loss to explain why. The index fell from 73.2 to a two-year low of 72.0 in the first November report. With the economy in a relatively healthier position compared to last month, Asaf--an economist for the macroeconomics research firm--says the decline is something of a surprise.

END_OF_DOCUMENT_TOKEN_TO_BE_REPLACED

Lawmakers’ Lack of Governance Has Minimal Impact on Confidence 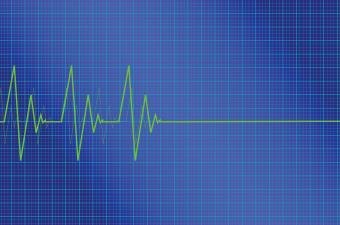 Are Americans so accustomed to the ineffectiveness and triviality of Congress that the threat of a third week with essentially no governing body barely registers a blip on consumers' confidence scale? The University of Michigan's Index of Consumer Sentiment was better than many analysts were expecting given the situation in Washington, dropping from 77.5 at the end of September to 75.2 at mid-October.

END_OF_DOCUMENT_TOKEN_TO_BE_REPLACED

In Capital Economics' latest edition of US Housing Market Analyst, property economist Paul Diggle notes investor activity has fallen off nearly one-fifth over the last four months, with investor sales dropping to 18 percent as inventory of distressed homes declines. On the other hand, the ongoing rise in prices has encouraged more sellers to enter the market, which should temper further gains. ""With sellers motivated by the earlier rise in house prices, we expect the loosening in supply conditions to go much further over the next year,"" Diggle said.

END_OF_DOCUMENT_TOKEN_TO_BE_REPLACED

Analysts Weigh in on Potential Impact of Proposed QRM Rule

Following the release of the revised Qualified Residential Mortgage (QRM) rule from six federal agencies, several analysts offered insight into how the revisions might benefit or impede progress in the mortgage market. Fitch Ratings believes adopting a QRM standard that mirrors the QM definition will trigger more activity for the jumbo origination and securitization market. Capital Economics, though, noted the QM and QRM proposals aren't much help when it comes to the long-term goal of reducing the presence of the GSEs in the mortgage market.

END_OF_DOCUMENT_TOKEN_TO_BE_REPLACED

Price Gains to Slow But Recovery Will Continue

With strong price gains continuing to make headlines, industry analysts are quick to assure us we are not in the midst of another bubble. The current pace of price appreciation will not endure much longer, they say. CoreLogic, Zillow, and other industry observers concur prices appreciation is set to slow, and Monday's report from Capital Economics reinforces this prediction. What is unique about Capital Economics' viewpoint is the firm anticipates ""a more marked slowdown in the pace of house price gains over the next year than other commentators.""

END_OF_DOCUMENT_TOKEN_TO_BE_REPLACED

Are Mortgage Rates Too Low to Threaten the Recovery?

The recent rise in mortgage rates is not enough to pose any real threat to the housing recovery, but that's not to say the increase doesn't come with any risk, according to a recent analysis from Capital Economics. To put things into perspective, Ed Stansfield, chief property economist at Capital Economics, noted that on a long-term view, rates are still ""exceptionally low"" as they return to levels seen in late 2011 and early 2012. However, 18 months ago, when mortgage rates hovered around the levels seen today, ""house prices were at best flat, if not still edging lower, while the recovery in housing sales was very much in its infancy,"" Capital Economics stated.

END_OF_DOCUMENT_TOKEN_TO_BE_REPLACED

With the homeownership rate already at its lowest point since 1995, Capital Economics predicts further decline before a rebound occurs. The analytics firm predicted last July that the homeownership rate would fall to a low of 64 percent, and the firm is sticking to that forecast. The firm suggests the 64 percent low will come sometime ""within a year or so,"" and when it does, the market will have about 9 million more renters when the homeownership rate peaked. One of the major contributors to the ongoing decline in homeownership is the high level of foreclosures that continues to challenge the market.

END_OF_DOCUMENT_TOKEN_TO_BE_REPLACED

While rapid price gains have recently prompted fears of another housing bubble on the horizon, recent reports from Capital Economics and Redfin asserted no such bubble is forming--at least not on a national level. Capital Economics addressed concerns that home price increases, which are rising twice as fast as gains in income and residential rent, are not sustainable in the long run. One argument the firm made is housing actually has more to gain than lose from rapid price gains since it would help more homeowners rise out of negative equity and help those with low equity.