Is the Strongest Part of the Housing Recovery Over? 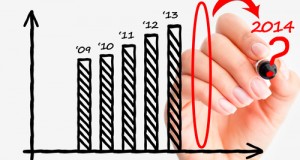 Although 2013 was the strongest year for home prices in nearly a decade, is a slowdown on the horizon for 2014? The S&P Dow Jones Indices released Tuesday its S&P/Case-Shiller Home Price Indices, which had some interesting revelations for the housing market in the future.

END_OF_DOCUMENT_TOKEN_TO_BE_REPLACED

Although the CoreLogic Case-Shiller Home Price Indexes recorded a 10.1 percent year-over-year increase in national home prices in the second quarter, double-digit appreciation is not expected to continue. While the market will continue to see home prices appreciate, those gains are projected to slip to just 5.4 percent by the beginning of next year, CoreLogic reports.

END_OF_DOCUMENT_TOKEN_TO_BE_REPLACED

Robert Shiller--the man who lends his name to the Case-Shiller Home Price Indices--has been awarded the 2013 Nobel prize in economics. Shiller, a Sterling professor of economics at Yale University, was selected for the $1.23 million prize--along with Eugene Fama and Lars Peter Hansen, both at the University of Chicago--for his work related to the study of human psychology and behavior as it relates to economic modeling.

END_OF_DOCUMENT_TOKEN_TO_BE_REPLACED

Home prices rose in July by less than two percent for the first time since March but still reached their highest level since August 2008, according to the Case Shiller Home Price Indexes released Tuesday. The 20-city index was up 1.8 percent in July 12.4 percent in the last year Ã¢â‚¬â€ while the companion 10-city index was up 1.9 percent.

END_OF_DOCUMENT_TOKEN_TO_BE_REPLACED

Home prices rose again to their highest levels since September 2008 in June, increasing 2.2 percent, according to the Case-Shiller Home Price Indices released Tuesday. The 20-city index was up 12.1 percent from a year earlier, and the companion 10-city index was up 11.9 percent. Case-Shiller's national index, reported quarterly by Standard & Poor's, was up 7.1 percent in the second quarter to 146.32, its highest level since third quarter 2008. All 20 cities included in the survey improved both month-to-month and year-to-year. The two surveys have improved monthly and yearly for 13 consecutive months.