The Impact of Privatizing the GSEs 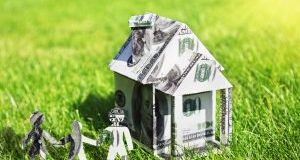 Currently, Fannie Mae and Freddie Mac are the biggest players in the secondary market. But what if the market was moved from the government to the private sector?

END_OF_DOCUMENT_TOKEN_TO_BE_REPLACED

President Obama faces a budget obstacle in his plans to rebuild crumbling bridges and address other pressing infrastructure needs. Unlike many governments, the United States does not have a separate budget for capital spending, which means each tax dollar is as likely to go to the construction of, say, a courthouse, as it is to paying the salary of a judge or court clerk who works there. What would having a separate capital budget do for the country? For starters, it would rationalize our spending and make it more difficult for lawmakers to lard up spending bills with long-term projects.

END_OF_DOCUMENT_TOKEN_TO_BE_REPLACED

Obama Pledges to Refinance Millions of Mortgages at Today’s Rates

Housing got only a brief mention in President Obama's highly anticipated jobs speech Thursday night, but it was a pledge that some pundits say is a step in the right direction. Others say it's likely to have little impact. Obama told Congress his administration will work to refinance millions of homeowners' mortgages at today's record-low rates. It's expected the program will give borrowers who are underwater or have bad marks on their credit the opportunity to take out lower-rate, lower-payment loans.

END_OF_DOCUMENT_TOKEN_TO_BE_REPLACED

Government to Spend Significantly Less on GSEs This Year

In its August 2011 Budget and Economic Outlook update, the Congressional Budget Office (CBO) predicts the government will spend $35 billion less on Fannie Mae and Freddie Mac in 2011 than in 2010. The CBO estimates it will spend $5 billion on the GSEs in 2011 after having spent $40 billion last year. The CBO says the decrease is mostly due to lower projections in losses for the GSEs in upcoming years. This updated 2011 estimate is $6 billion lower than the CBO's previous estimate.

END_OF_DOCUMENT_TOKEN_TO_BE_REPLACED

Fannie and Freddie to Need $42B More in Taxpayer Subsidies: CBO

Provided they live on in their current form, Fannie Mae and Freddie Mac will need another $42 billion from taxpayers over the next decade, according to the Congressional Budget Office (CBO). The agency says subsidies related to the GSEs' new business have fallen but they'll continue to need funding as long as their mortgage guarantees are priced below private institutions. CBO says the government faces two choices: either retain the GSEs' portfolios until the mortgages are paid off, or pay a private entity to assume the guarantee obligations.

END_OF_DOCUMENT_TOKEN_TO_BE_REPLACED

Members of the House Financial Services Committee are advocating for the termination of federal foreclosure relief programs largely based on the argument that their cost outweighs the benefits. Committee members are scheduled to vote on bills ending the Home Affordable Modification Program (HAMP) and HUD's Neighborhood Stabilization Program (NSP) on Wednesday. Information provided by the Congressional Research Service indicates that the price tag for the government's foreclosure mitigation programs will come in well below earlier estimates.

END_OF_DOCUMENT_TOKEN_TO_BE_REPLACED

Although economists say the country would be in far worse shape without it, the federal government's $700 billion bailout package approved by Congress in October 2008 was widely criticized at the time for the cost taxpayers would be forced to bear. That projected price tag, though, has been steadily declining as the financial sector has found firmer footing. The Congressional Budget Office now puts the cost of the Troubled Asset Relief Program (TARP) at just over 3 percent of the $700 billion initially allocated - $25 billion.

END_OF_DOCUMENT_TOKEN_TO_BE_REPLACED

With TARP at an End, Treasury Cuts Price Tag for Bailouts

The federal government's often vilified $700 billion bailout program officially came to an end when the clock struck midnight on Monday. The Troubled Asset Relief Program's (TARP) formal sunset date means that no new programs will be funded under the initiative and no more money will be doled out to prop up ailing banks. Initially, this monumental rescue effort was expected to cost taxpayers hundreds of billions, but Treasury says its latest estimates put the price tag at less than $50 billion.

END_OF_DOCUMENT_TOKEN_TO_BE_REPLACED

CBO Cuts Projected TARP Price Tag by Another $43B

Taxpayers' tab for the government's $700 billion dollar bailout program continues to drop. New estimates from the Congressional Budget Office (CBO) put the cost of the controversial Troubled Asset Relief Program (TARP) at $66 billion. That's nearly $45 billion less than the agency's projection just five months ago. The agency's estimates for the bailout of Fannie Mae and Freddie Mac improved as well. Outlays for the two GSEs are expected to fall from $96 billion in 2009 to $41 billion this year.