The summer is over and with it the end of re-runs of (some of) our favorite shows. There might even be some original movies, not sequels or prequels. But, thereÃ¢â‚¬â„¢s one more re-run we have to endure but with a new twist: Republicans in Congress balking at increasing the debt ceiling and threatening a government shutdown when the federal fiscal year ends October 1 unless and this is the twist legislation passed by the Congress and signed into law by the President is tweaked, modified, changed, delayed or otherwise abandoned .

END_OF_DOCUMENT_TOKEN_TO_BE_REPLACED

The nationÃ¢â‚¬â„¢s economy grew 2.5 percent in the second quarter, slower than economists forecast, the Bureau of Economic Analysis said Thursday. Economists had expected the report the third in the series of monthly GDP reports by the BEA to show the economy had grown at a 2.

END_OF_DOCUMENT_TOKEN_TO_BE_REPLACED

Home prices rose in July by less than two percent for the first time since March but still reached their highest level since August 2008, according to the Case Shiller Home Price Indexes released Tuesday. The 20-city index was up 1.8 percent in July 12.4 percent in the last year Ã¢â‚¬â€ while the companion 10-city index was up 1.9 percent.

END_OF_DOCUMENT_TOKEN_TO_BE_REPLACED

Americans spent more on cars, furniture, health and beauty aids and at restaurants but were otherwise frugal in August as retail sales went up a disappointing 0.2 percent from July, the Census Bureau reported Friday. Economists had expected sales to increase 0.5 percent.

END_OF_DOCUMENT_TOKEN_TO_BE_REPLACED

Equifax announced the availability of Equifax Dimensions, a new product created to deliver a more in-depth picture of past credit behavior to predict future trends. Users of the new solution can see up to two years' worth of detailed consumer credit activity, allowing them to identify consumer patterns such as a borrower's financial ""breaking point"" that will lead to default and which consumers are most likely to open new accounts.

END_OF_DOCUMENT_TOKEN_TO_BE_REPLACED

After achieving a six-year high in July, consumer confidence diminished in August--though trends still indicate an increase in consumer spending over the next year. The Thomson Reuters/University of Michigan Index of Consumer Sentiment declined to 82.1 from July's 85.1; however, the drop wasn't as steep as August's preliminary report indicated.

END_OF_DOCUMENT_TOKEN_TO_BE_REPLACED 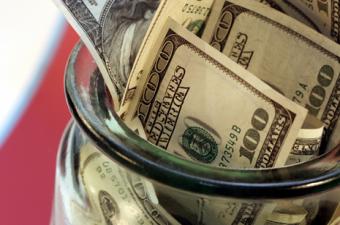 END_OF_DOCUMENT_TOKEN_TO_BE_REPLACED

Shrugging off cutbacks in government spending, the nationÃ¢â‚¬â„¢s economy grew in the second quarter at a faster pace than originally reported, the Bureau of Economic Analysis said Thursday. Second quarter growth was calculated at a seasonally adjusted annual 2.5 percent rate, a sharp increase from the 1.7 percent initially reported for gross domestic product (GDP), the broadest measure of the nation's economy, a month ago. The stronger growth suggests a recovery on track, though the growth rate is shy of the 3 percent trend rate, a threshold generally considered necessary to expand payrolls.

END_OF_DOCUMENT_TOKEN_TO_BE_REPLACED

Home prices rose again to their highest levels since September 2008 in June, increasing 2.2 percent, according to the Case-Shiller Home Price Indices released Tuesday. The 20-city index was up 12.1 percent from a year earlier, and the companion 10-city index was up 11.9 percent. Case-Shiller's national index, reported quarterly by Standard & Poor's, was up 7.1 percent in the second quarter to 146.32, its highest level since third quarter 2008. All 20 cities included in the survey improved both month-to-month and year-to-year. The two surveys have improved monthly and yearly for 13 consecutive months.