﻿In CoreLogic’s U.S. Economic Outlook for May 2018, CoreLogic Chief Economist Dr. Frank Nothaft puts single-family rental investment under the microscope. According to CoreLogic, “one-family rental houses, either detached or attached, have grown from 11.3 million in 2006 to 15.3 ...

END_OF_DOCUMENT_TOKEN_TO_BE_REPLACED 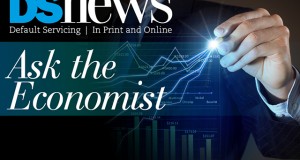 Ask the Economist is an ongoing series in which DS News talks with an economist about the most pressing issues facing the nation's housing industry and the economy. This installment features Frank Nothaft, SVP and Chief Economist with CoreLogic.

END_OF_DOCUMENT_TOKEN_TO_BE_REPLACED

Household Formation Has Accelerated After Eight Years at Low Levels

The two primary drivers of household formation over time are demographic and economic factors, according to Nothaft. For example, household growth averaged about 2 percent annually from the mid-1960s until the early 1980s when baby boomers were at the prime household formation age, but household formation rates halved from 1990 until the mid-2000s when the population of those born in the 1970s, a much smaller birth cohort, reached their 20s.