OIG: Mortgage Fraud Not a Top Priority at DOJ 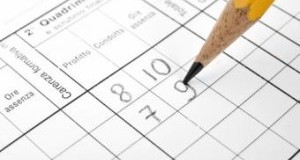 END_OF_DOCUMENT_TOKEN_TO_BE_REPLACED

In a speech to the nation, the president described a spirit of cooperation between Democrats and Republicans and between Congress and his administration. He invited leaders of both parties to the White House to discuss an upcoming vote which he acknowledged would be a tough decision for many members of Congress. And he closed with: ""America is a nation that tackles problems head on, where leaders come together to meet great tests."" The words were not those of President Obama but of President Bush.

END_OF_DOCUMENT_TOKEN_TO_BE_REPLACED

Turns out, when the Justice Department announced triumphs of the Distressed Homeowner Initiative in October 2012, the numbers were largely overstated. In an updated press release Friday, the Justice Department announced the initiative actually resulted in 107 criminal defendants charged in U.S. District Courts in Fiscal Year 2012 (October 1, 2011 to September 30, 2012), not the 530 first reported. The corrected release also stated the cases involved more than 17,185 homeowner victims, while the original numbers reported the cases included more than 73,000 homeowner victims.

END_OF_DOCUMENT_TOKEN_TO_BE_REPLACED

Federal officials jointly announced Tuesday the results of the Distressed Homeowner Initiative, which is the first nationwide effort focusing on fraud schemes that target struggling homeowners. Led by members of the Mortgage Fraud Working Group of the Financial Fraud Enforcement Task Force, the initiative spanned from October 1, 2011, to September 30, 2012. Federal officials revealed the efforts have led to 530 criminal defendants charged in 285 federal criminal indictments or informations filed throughout the U.S.

END_OF_DOCUMENT_TOKEN_TO_BE_REPLACED

Federal agents arrested 10 defendants who worked at a Rancho Cucamonga, California-based business accused of offering false loan modification programs to homeowners, SIGTARP announced Wednesday. Those taken into custody are among 11 defendants named in a federal indictment over a mortgage fraud scheme that allegedly cost distressed homeowners more than $7 million.

END_OF_DOCUMENT_TOKEN_TO_BE_REPLACED

Barclays was rocked when it was found that the bank's agents had manipulated the London Interbank Offered Rate (LIBOR) starting as early as 2007. The bank was fined hundreds of millions by British and U.S. authorities. As a result, a number of key figures have stepped down while Barclays prepares to launch a third party-led investigation into its practices. The news gets worse for the bank, however.

END_OF_DOCUMENT_TOKEN_TO_BE_REPLACED

Operator of Mortgage Motification Scam Gets 90 Months in Prison

Howard R. Shmuckler, 68, of Virginia Beach, Va., was sentenced yesterday to 90 months in prison, followed by three years of supervised release, for running a fraudulent mortgage-rescue business that received substantial fees but only modified clients' mortgages in a few cases, according to release from the Office of the Special Inspector General for the Troubled Asset Relief Program (SIGTARP).

END_OF_DOCUMENT_TOKEN_TO_BE_REPLACED

While mortgage originations are at their lowest level since 2001, investigations for mortgage fraud have shot up in recent years. As of December 31, 2011, the FBI reported 2,590 pending mortgage fraud investigations with 71 percent involving losses of more than $1 million. With increased levels of foreclosures and delinquencies over the past few years, schemes targeting distressed homeowners as victims have surged. Through FY 2011, FBI investigations resulted in 1,082 convictions of mortgage fraud criminals.

END_OF_DOCUMENT_TOKEN_TO_BE_REPLACED

While the government has recently enhanced its efforts to fight mortgage modification scams, mortgage fraud remains a prevalent issue throughout the industry. According to Jenny Brawley, associate director of mortgage fraud investigations for Freddie Mac, three elements drive mortgage fraud schemes: pressure, opportunity, and rationalization. The FBI characterizes mortgage fraud schemes as ""particularly resilient"" and credits them with being able to adapt to economic changes and modifications in lending practices.