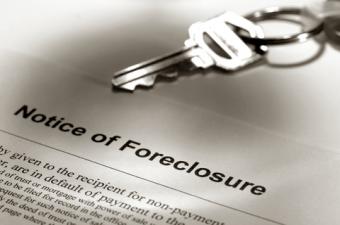 At a Senate subcommittee hearing examining the progress of the foreclosure review process ordered earlier this year, lawmakers questioned officials from the Office of the Comptroller of the Currency and the Federal Reserve about the impartiality of the ""independent reviews."" Senators asked whether any of the consultants hired to conduct the reviews had worked with the servicers previously. The regulators admitted that some had. Members of the subcommittee say these past ties raise doubts about the true independence of the examiners.

END_OF_DOCUMENT_TOKEN_TO_BE_REPLACED

Those keeping tabs on the Federal Reserve's movements were looking for a change in the central bank's communication strategy when officials emerged from their final policy meeting of the year on Tuesday. Some analysts were even anticipating the Fed to launch a third round of 'Quantitative Easing' measures. All expectations went unfulfilled. With Wall Street disappointed in the lack of action, mortgage rates dipped to new lows following the Fed's (non) announcement.

END_OF_DOCUMENT_TOKEN_TO_BE_REPLACED

There's been much debate over the root causes of the housing meltdown that catapulted the nation into the worst financial crisis in 80 years. A new report from the Federal Reserve focuses on the sharp run-up and subsequent collapse in housing prices during the 2000s. It concludes that real estate investors who used mortgage credit to purchase multiple properties played a larger role in fueling the housing bubble than previously recognized, pushing prices up during the boom and then defaulting in large numbers when prices began to head south.

END_OF_DOCUMENT_TOKEN_TO_BE_REPLACED

The Federal Reserve released a new market-gauging rendition of its Beige Book Wednesday. The publication recounts signs of slow to moderate economic growth across 11 of the 12 Fed districts. The St. Louis district was the lone dissenter, reporting a decline in economic activity. Residential real estate activity overall was described as ""sluggish,"" while commercial real estate activity was depicted as ""lackluster"" across most of the nation. Mortgage refinancing, however, was said to have grown at a rapid pace.

END_OF_DOCUMENT_TOKEN_TO_BE_REPLACED

About 2.5 percent of current mortgage balances in the U.S. transitioned into delinquency during the third quarter, the Federal Reserve Bank of New York said Monday. That assessment reverses a recent trend of reductions in the measure of newly delinquent mortgage balances, going back to the third quarter of 2010. Some 264,000 individuals had a foreclosure notation added to their credit reports between June 30 and September 30. New bankruptcies over the period tallied 423,000.

END_OF_DOCUMENT_TOKEN_TO_BE_REPLACED

The nation's unemployment rate slipped to 9.0 percent in October, as employers added 80,000 new jobs to their payrolls, according to the U.S. Department of Labor. Officials called the rate ""little changed,"" down from 9.1 percent the month before. The unemployment rate has remained in a narrow range from 9.0 to 9.2 percent since April. Government data shows that there are 13.9 million people out of work in the United States. Extended unemployment has become the biggest driver of mortgage delinquencies.

END_OF_DOCUMENT_TOKEN_TO_BE_REPLACED

Federal Reserve Chairman Ben Bernanke said at a press conference Wednesday that ""ongoing drags from troubled housing conditions and still tight credit"" have led Fed officials to downgrade their forecasts for short-term economic growth. Bernanke quite frankly told reporters that problems in the housing sector are a big reason why our economy is not recovering more quickly. Despite the diminished outlook and Bernanke's repeated references to the depressed housing market, the Federal Reserve announced no new policy actions.

END_OF_DOCUMENT_TOKEN_TO_BE_REPLACED

As several large servicers begin the lengthy process of an independent foreclosure review, Rep. Maxine Waters of California is repeating her request that the process be made public. Waters addresses several concerns in her most recent request, including the difficulty of reaching some of the affected borrowers, conflicts of interests between the banks and the independent reviewers, and the qualifications of those contracted to audit foreclosure cases. Fifteen of Waters' colleagues joined her in her appeal for transparency.

END_OF_DOCUMENT_TOKEN_TO_BE_REPLACED

The Office of the Comptroller of the Currency (OCC) and the Federal Reserve Board both announced Tuesday that the independent foreclosure reviews of 14 large servicers issued in April are now under way. About 4.5 million borrowers could have their loans reviewed and potentially be compensated for imposed financial hardship, according to a previous statement by the OCC. The federal regulator says the review will take several months due to the sheer volume of cases to evaluate.

END_OF_DOCUMENT_TOKEN_TO_BE_REPLACED

Economist: ARMs Not as Risky as Some Think

Long-term, fixed-rate mortgages are often seen as a safe loan product, but one Federal Reserve economist says adjustable-rate mortgages (ARMs) are not as risky as some perceive them to be and did not play a major role in the recent housing crisis. To those who believe payment shocks caused by ARMs were a major player in the foreclosure crisis, Paul Willen, senior economist at the Federal Reserve Bank of Boston, says, the ""data refute that theory."" He says those with ARMs were almost as likely to have seen a payment reduction as a payment increase.