Delivering a great customer experience has become more challenging than ever. Stephen Staid of Sourcepoint discusses how to empower call centers and associates with technology that ensures every borrower interaction is a positive one.

END_OF_DOCUMENT_TOKEN_TO_BE_REPLACED

The vote passed along party lines with a 50-48 vote, clearing the way for Chopra to serve as Director of the Bureau.

END_OF_DOCUMENT_TOKEN_TO_BE_REPLACED 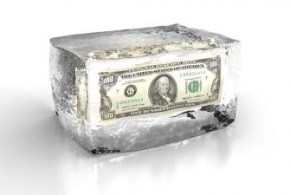 Congresswoman Maxine Waters (D-California), a ranking member of the Financial Services Committee, unveiled a proposal today that would make sweeping changes to the way consumer credit is scored.

END_OF_DOCUMENT_TOKEN_TO_BE_REPLACED

The nationÃ¢â‚¬â„¢s economy grew at a 1.8 percent annual rate in the first quarter, far slower than previous report for the three months ended March 31, the Bureau of Economic Analysis said Wednesday. Previous reports on the nation's Gross Domestic Product (GDP), based on incomplete data, had estimated growth at 2.4 percent, and economists surveyed by Bloomberg had expected the most recent report would confirm that growth rate.

END_OF_DOCUMENT_TOKEN_TO_BE_REPLACED

Two federal agencies partnered up to let certain companies know their mortgage advertising tactics may be unlawful. On Monday, the Consumer Financial Protection Bureau (CFPB) and the Federal Trade Commission (FTC) announced letters were issued over potentially misleading advertisements that target veterans and older Americans. The CFPB sent about a dozen warning letters to mortgage lenders and brokers, and the FTC sent 20 letters to real estate agents, home builders, and lead generators.

END_OF_DOCUMENT_TOKEN_TO_BE_REPLACED

Equifax and its customers reached separate settlements with the FTC, agreeing to pay a total of $1.6 million for improper sale of consumer credit information. The FTC alleges Equifax sold more than 17,000 lists of people who met specific criteria, such as being late on their mortgage payments. Equifax is said to have sold the lists to Direct Lending Source, Inc., which in turn sold the lists to other third parties. The lists included information such as credit scores and detailed how many days past due consumers' mortgage payments were.

END_OF_DOCUMENT_TOKEN_TO_BE_REPLACED

Some MARS Stipulations No Longer Enforced

The Federal Trade Commission will no longer enforce most provisions set forth in the Mortgage Assistance Relief Services Rule, according to a recent statement. The MARS Rule required real estate agents to make several disclosures when assisting distressed homeowners in obtaining short sales from their lenders or servicers. The rule also banned advance fee collection and prohibited false or misleading statements. After the Rule was enacted by Congress, several real estate agents complained that the disclosures often confused homeowners or misled them.

END_OF_DOCUMENT_TOKEN_TO_BE_REPLACED

Law enforcement officials say fraudsters and con artists see opportunity in turmoil, and right now, arguably the most tumultuous economic sector is housing. In its first year, the Financial Fraud Enforcement Task Force more than doubled the number of defendants charged with mortgage fraud. Mortgage fraud punishments followed the same trend, with nearly twice as many prison sentences of more than two years. But task force members say it's not enough, especially when the economy hasn't fully recovered.

END_OF_DOCUMENT_TOKEN_TO_BE_REPLACED

The Federal Trade Commission (FTC) has mailed 1,410 refund checks totaling $2.3 million to consumers allegedly defrauded by Home Assure LLC, a so-called mortgage foreclosure rescue service. The FTC alleged that the company charged consumers an up-front fee of $1,500 to $2,500, and falsely claimed its ""special"" relationships with lenders would enable the company to secure favorable loan modifications or stop foreclosure altogether - promises the federal agency says the company did not keep.