Russia has been in the headlines a lot lately and for good reason—whether you call it a “conflict” or “military offensive” an “invasion” or “war,” Russia’s recent actions are having global consequences. Seemingly every hour, news comes out about another ...

END_OF_DOCUMENT_TOKEN_TO_BE_REPLACED

An economist weighs in on the factors in play, and forecasts whether there may be a turnaround on the horizon.

END_OF_DOCUMENT_TOKEN_TO_BE_REPLACED

Politics, Housing, and its Impact on Foreign Buyers 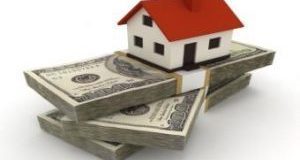 A sluggish U.S. housing market and tighter currency controls by the Chinese government caused the dollar volume of homes purchased by foreign buyers from April 2018 to March 2019 to drop 36%, according to a report by CNBC. The information, ...

END_OF_DOCUMENT_TOKEN_TO_BE_REPLACED

As analysts, industry participants, and policymakers struggle to boost homeownership among Americans, foreign activity in the U.S. housing market remains strong. According to a profile of international homebuying activity released by the National Association of Realtors (NAR), total international home sales were estimated at $92.2 billion from April 2013 through March 2013, up from the previous period's level of $68.2 billion.